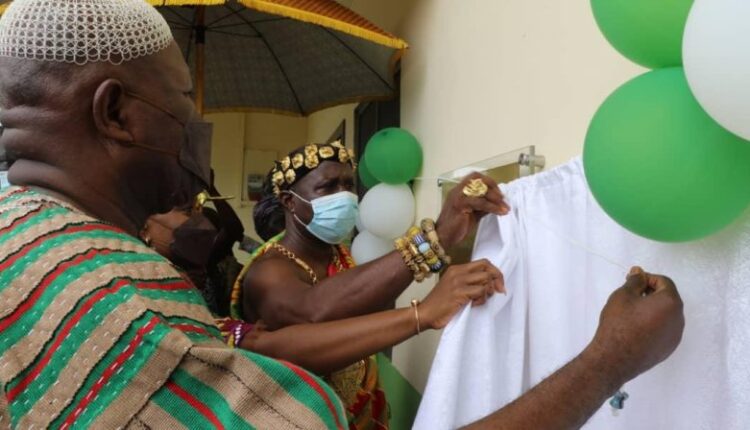 The Ministry of Health (MoH), has commissioned two Community-Based Health Planning and Services (CHPS) facilities at Akyem Mampong and Ahankrasu in the Atiwa District of the Eastern Region at a total cost of GH¢ 2.6 million.

Alhaji Mahama Asei Seini, the Deputy Minister of Health, who commissioned the facilities said they would ensure access to quality healthcare, and commended the contractor, Messrs Webb Builders Limited, and the Ministry of Health (MoH) in-house technical team for the completion of the project on schedule.

He said the facilities were among the best in the country as they had apart from the main clinics, a one and two-bedroom staff quarters respectively, for the Compounds.

He stated that the Akyem Mampong CHPS Compound for instance, which was one of the 16 to be constructed in the district, had facilities and services including; an Out Patient Department with requisite consulting rooms, a 10-seater capacity waiting area for antenatal and post-natal services, ante-natal consulting rooms, counselling and treatment rooms, mini laboratory, a four-bed ward, delivery unit with a two-bed lying-in, and a borehole with water pump.

Mr Kwaku Agyeman-Manu, the Minister of Health, in a speech read on his behalf, explained that the Ministry had an objective to attain Universal Health Coverage (UHC) by 2030 and also Primary Health Care (PHC), of which the CHPS system was a major contributor to the achievement of these targets.

He said it was now clear that the Government’s commitment to achieving the Sustainable Development Goals (SDGs) and UHC could not be over-emphasized, in that bringing PHC services to the doorstep of communities and individuals remained high on its agenda, and promised to ensure this was delivered without fail.

Mr Agyeman-Manu explained that the current infrastructure projects, were part of a broad strategy of improving geographical access to health care to ensure an impact especially, on the reduction of the burden of maternal and child health morbidity and mortality.

“As we are attesting today, the government is contributing a lot to ensuring the equitable access to health care,” and urged all partners in the construction of the projects to ensure that they were delivered on time with value for the investment.

He said there were plans to put up a modern treatment and isolation Centre at the existing Regional Hospital site to fight Covid-19, and charged the management of the facilities to establish a planned preventive maintenance programme to ensure sustainability.

Mr Agyeman-Manu however, stated that while the Government was putting in measures to provide the necessary infrastructure and the requisite medical equipment, the public must also play their part by adhering to the COVID-19 protocols of hand washing, wearing of masks and social distancing, to mitigate the effects of the pandemic.

Ms Abena Osei-Asare, the Member of Parliament for Atiwa East, thanked the government for responding promptly to the health needs of the district with these expansion of infrastructure, and spoke about the government’s Agenda 111, of which the Atiwa district had become a direct beneficiary.

She said the facilities were with equipment delivery sets including beds and screens, and also thanked the Chiefs and people of the communities for giving out their lands for the projects, and urged the beneficiary communities to own the facilities by regularly maintaining them.

She pleaded with the health care staff to exhibit professionalism to ensure quality service delivery.