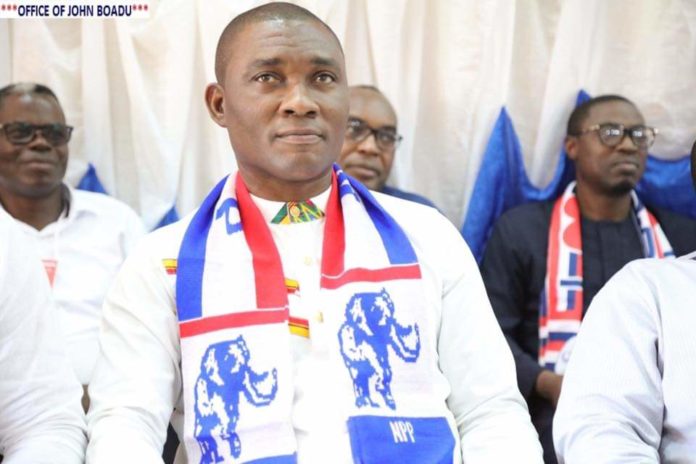 The Member of Parliament for the Tarkwa-Nsuaem Constituency, Hon. George Mireku Duker will be going unopposed in the constituency parliamentary primaries to be held in April, as his only contender, Madam Joy Joyceline Andoh has been disqualified by the Party’s Vetting Committee. This, is according to the Regional Chairman of the Party, Mr. Francis Ndede Siah.

According to the Chairman, Tarkwa-Nsuaem is among five constituencies in the Region where there will not be contest due to the unsuitability of the contenders who were seeking to contest the incumbent Members of Parliament (MPs). The other constituencies are Prestea-Huni Valley, Evalue-Ajomoro-Gwira, Essikadu-Ketan, and Sekondi.

Speaking in an interview which was monitored by skyypowerfm.com, Mr Francis Ndede Siah told TV3’s Western Regional Correspondent, Eric Yaw Adjei, that it is not the doing of the Vetting Committee for people to be disqualified, rather the rules and regulations governing the process did.

“You see, we must stop that type of thing. Politics is big business; you cannot just stay somewhere, and all of a sudden, you will say ‘I’m coming to contest’, whilst you cannot even mention the Regional chairman’s name,” he said.

Mr. Francis Ndede Siah stated that the final report will come out on Friday, 13th March 2020.

Infatuation vs love: what is infatuation?

10 Flirting Tips To Make You Irresistible to Men