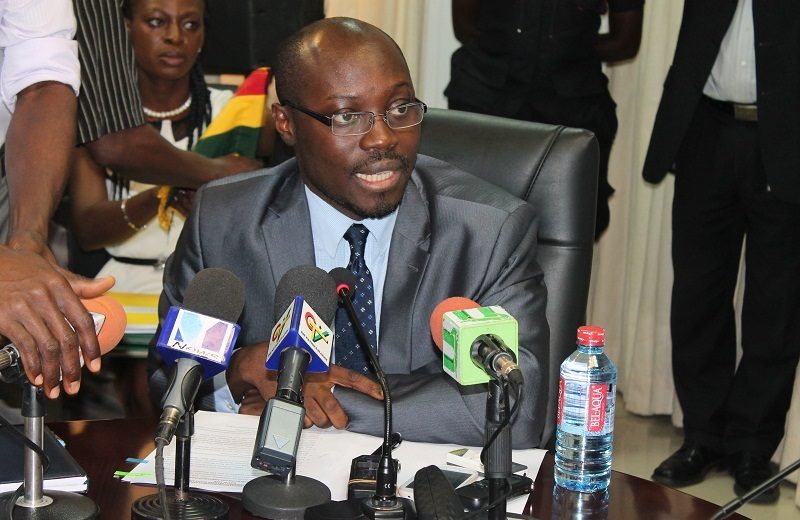 He was speaking to journalists after the Finance Minister Ken Ofori-Atta had presented the mid-year budget and requested for supplementary budget approval from Parliament on Thursday.

Cassiel Ato Forson, who is also MP for Adomako-Enyan-Essiam said he expected the Finance Minister to present a reviewed budget and not read “manifesto promises to Ghanaians.”“The mid-year review is not for manifestos, it is for him to review the existing budget and not to come and read to us a new budget, what he has done is that, he has actually introduced manifesto promises into the official document,” he said.

He said it was unfortunate for the Minister have reduced such an important official document to the level of mere manifesto promises.

According to him, reducing the Communication Service Tax is a sham because it was the same government that introduced it, and they are only pretending to reduce it because the National Democratic Congress (NDC) has promised to abolish it “when we come to power.”
Ato Forson also noted that the government incurred a lot of debt and made huge unaccounted money on Covid-19, and the Minority intends to hold them accountable when debate begins on Monday.

“This administration has spent GHC11.1 billion on coronavirus without accounting for it – it is also clear that they have increased the public debt… clearly they have failed,” he said.

Ato Forson further indicated that the Minority will scrutinize the budget and officially address the nation on Monday.

He also called on journalists and all Ghanaians to subject the budget to proper analysis and expose the deception and cooked up figures it contains.