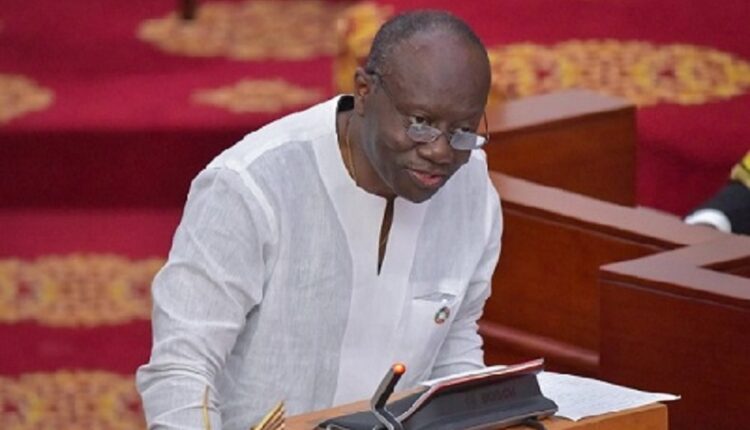 The Minority in Parliament has said Finance Minister Ken Ofori-Atta’s is deliberately buying time to appear in Parliament to answer the cost of President Nana Akufo-Addo’s recent trip on a private jet to three nations.

The question, an urgent one, filed by Mr Samuel Okudzeto Ablakwa, was advertised on the Provisional Order Paper for Wednesday, 16th June 2021, to be asked the next day, but it was however not featured on the Order Paper of 17th June 2021.

The question read: “To ask the Minister for Finance how much the President’s recent official travel to France, Belgium and South Africa in May this year cost the Ghanaian taxpayer?”

Defence Minister Dominic Nitiwul had earlier in the week responded to an earlier urgent question Mr Ablakwa, on why the President had to charter a private jet for the trips.

He subsequently filed an urgent question in Parliament demanding answers from the Defence Minister.

Enquiries by the Minority Side on why the Minister would not respond to the cost of the travel was responded to by Leadership from the Majority Side that the answers were not ready, and the Minister had requested from the Business Committee for more time to provide the House with the answers.

Moments after announcement on why the Finance Minister could not provide the response, Mr Ablakwa at a presser at the Parliament House, in Osu-Accra, said the Minister was buying time because there appeared to attempts to hide the truth.

He recalled having made a write-up earlier on the trip, and said, “Now we’ve brought them (Government of Ghana) to a more appropriate forum where they are constitutional bound to be accountable and there are all of these delayed tactics.”

Mr Ablakwa described the President’s trip as “pinnacle of luxury”, and “Penthouse in the Skies.”

“Now we brought them to the more appropriate forum where they are constitutionally bound to be accountable and there is all of these delay tactics. It must strike you as very strange because really what do they have to hide? It is as though something is happening behind the scenes and they need time to complete whatever they are doing.”

The Ranking Member noted that the entities with which businesses were conducted are around and wondered what it take would get the needed documentation from them.

The Ranking Member stated that the Minority would continue to pursue accountability even though that may take time and patience.

“These are not the tenets of accountability and good governance. If you have nothing to hide if you don’t need to buy time to do anything untoward you, just respond.

Defence Minister Dominic Nitiwul, while responding to the earlier urgent question in Parliament, defended the decision by President Akufo-Addo to charter a private jet for foreign trips for 15,000 pounds an hour.

He explained that the Presidential jet is handicapped in handling long-distance travels which will require refueling.

In a reaction, Mr Frank Annoh-Dompreh, the Majority Chief Whip in Parliament, said it was pre-emptive and quite unnecessary for the Ranking Member to hold a press conference and begin to read meaning to words as if the minister was afraid to come and answer the questions.

“If a member has a question regardless whether the question has been advertised for in the other paper or not, you have the responsibility to follow up at the Speaker’s secretariat especially where your leader has told you that the question has been deferred because answers are not ready,” Mr Annoh-Dompreh said.