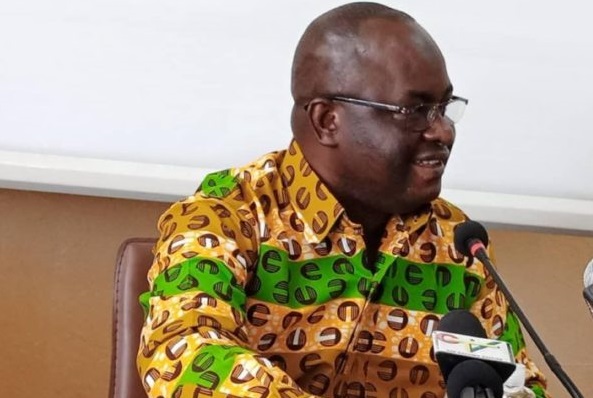 Dr Hafiz took part in the examination organized by the Ghana Education Service for him to be promoted to the rank of a Deputy Director.
He disclosed this on Friday in Tumu when he joined the Member of Parliament for Sissala East, Mr Amidu Chinnia Issahaku to meet heads of department at the Sissala East municipality for an introductory meeting.
The regional minister-designate said, “I came here on a private visit, before taken up the position as a regional minister, I worked with the Ghana Education service and today throughout the country those of us who qualified as Deputy Directors, I was brought to Tumu College of education to take part in the examination since it’s my centre”..He said, “When I got there, the people wanted to extend some courtesies to me and I said No, I know my people, once you extend those courtesies to me and I go ahead to pass my exams, they will say it’s because of that I have passed, so I said let me sit amongst my colleagues so together we all write”.
“After the exams I called the MCE who told me the Member of Parliament was here meeting heads of department and I said why not, let me pass by to say a word to the people helping to implement government policies”, he explained.
“I am a teacher and like the proverbial bird, when it dies up, its feathers will surely come down. I will not remain a minister forever and that is why I see this exams very important in my career build up”, he said.
The minister assured the people of the MP’s work saying “I have monitored Chinnia on his facebook and I think he has started well, the people of this constituency could not have gotten it better, you are going to be very proud of him, I have the utmost regard for him and the people”.
He mentioned that the government will not turn its back on the people and promised to work hard to bring development especially in the areas of roads, health and education to the area.
He said if Parliament approved his nomination one of his priority would be the Wa Han-Tumu-Bolga road to be awarded and executed and advised the people to respect the “COVID-19 protocols to prevent the spread of the disease.
“All the faces I have spotted are wearing the mask, let’s not be careless, I observed the microphone was being passed on without sanitizing, this was an easy way of passing on, let’s not be careless” He advised.
He said government had brought the vaccines for all and encouraged every Ghanaian to take advantage to safeguard himself against covid-19.
Dr Hafiz Bin Salih noted that “I have heard concerns of some heads of department not taking instructions from the MCE and DCEs, we are legitimate representative of the President, which will slow pace of development if we don’t change our attitude to work”, he advised.
SOURCE: GNA
Dr Hafiz Bin SalihTeacher Promotion Exams