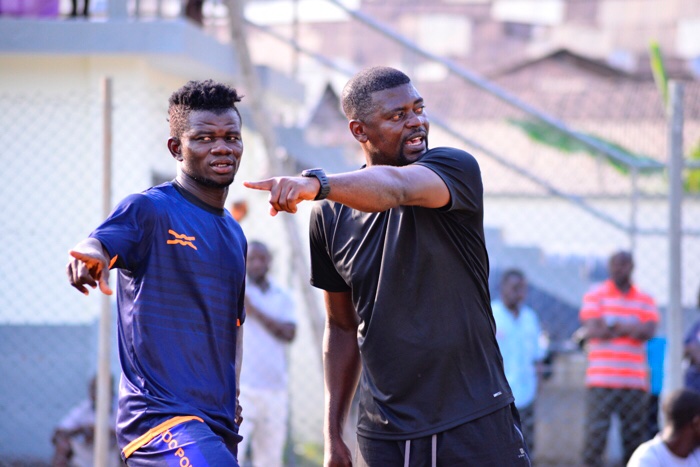 Of the trio, Akwasi Donsu and Ibrahim Yaro returned to the club last year at the expiration of their loan deals with Colorado Springs Switchbacks, while Eric Kwakwa was re-signed as a free agent in October 2019. They have all been registered for the on going season and were part of Medeama’s 3-0 win over Hearts of Oak in Tarkwa on Sunday.

Speaking moments after overseeing the win, Samuel Boadu said although the players were good enough, they had reached maturity stage in the project and needed to be moved on.

”Yes, seriously. We would seriously consider selling them. The aim of this club is to develop players while maintaining a competitive core and when they are matured enough for the market out there, we transfer them for a good fee. At this stage, these players are more than ready for the market and team has good options to replace, some of whom have already established themselves in the team”.

When asked what happens in the mean time, Boadu said the returnees would have to fight fight for their respective places in the team.

”We have created a culture of giving opportunities to all and rewarding those who take them. Also, our scouting gives us multiple options of every kind of player so we have no problems replacing players. You have to understand that in football, whatever you did in the past is history and the only thing that matters is that you earn your place in the team”.