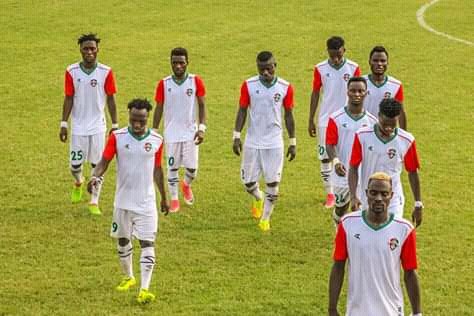 The Supporters Chairman for Karela United, Emma Donzy, has accused fans of Medeama SC for assaulting players of Karela United during their football match on Saturday, June 5, at Akoon Park in Tarkwa.

Emma Donzy, speaking on Skyy Power 93.5FM’s afternoon sports show, alleged that, when they visited Tarkwa for their away match against Medeama SC, fans of the home team poured urine on the Karela United players.

According to him, he witnessed the incident and can categorically state that, the suspects were fans of Medeama SC and can identify them when sights them.

“During the warm up session against the main football match at about 2:00 pm, Karela players who where entering the pitch for the activity were poured urine by the home team fans,” he said.

Also, he indicated the moment was being captured by one of his colleague when the home fans attacked and smashed the phone being used on the ground.

However, he made it known a journalist in one of the radio stations in Tarkwa took footage of the incident but has since refused to share it due to threats received from the Medeama SC management.

Emma Donzy claimed not only Karela players were assaulted, but himself, and some fans of the away team as well, which was not a comfortable experience.