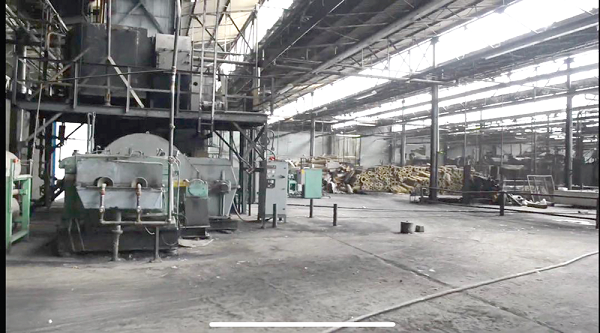 Information reaching Skyy News Desk indicated that some unpatriotic Ghanaians have ransacked the Bonsa Tyre factory making away with vital parts of the machines sitting in there awaiting investigators.

Speaking exclusively to Skyy Headline News Mr Benjamin Kessie said the development is unfortunate and it’s also difficult to take some immediate action since the facility is not being managed by them. But that notwithstanding the Assembly he said will not sit unconcern about the issue.

He said, “There are three retirees who manage the facility left behind, but we keep hearing of theft cases from some unscrupulous people and even people from the Bonsa community.”

“Speaking to the retirees, I realised the answers were not coming so I moved there myself with my team and the situation was very bad, the managers told me they reported to the police but I got information that these retirees are accomplices in this theft.”

“We have taken stock and written an appropriate report to the right authority to take action.”

Skyy News has its lens on this developing story and will duly bring you updates.