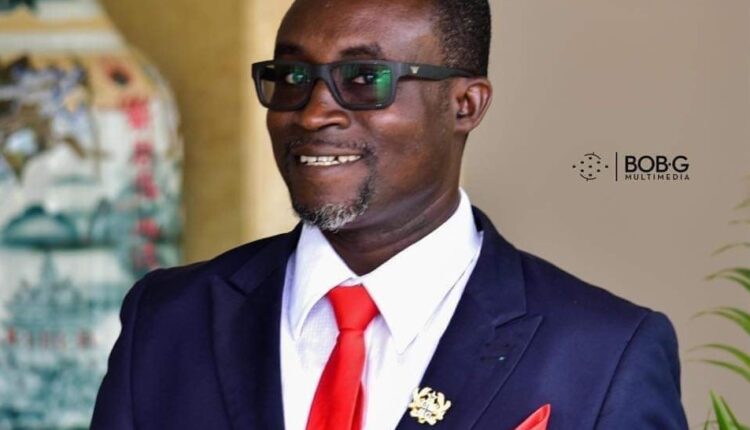 Mr Benjamin Kessie, Municipal Chief Executive (MCE) of Tarkwa-Nsuaem, has lauded Gold Fields Ghana Limited, Tarkwa Mine and AngloGold Ashanti Iduapriem Mine for their immense contributions towards the development of host communities.

“Over the period, these companies as part of their corporate social responsibilities have embarked on enormous projects and programmes to improve upon the lives of the residents,” he said.

The MCE announced this during a town hall meeting organised by the Assembly to share some success stories and deliberate on issues affecting the development of the municipality.

The programme, which was on the theme: “Your Contribution Counts” brought together development partners, assembly members, trade unions, traditional rulers, residents and a cross-section of the general public.

Mr Kessie said the Assembly would continue to count on the mining companies for more support and also tasked other companies in the municipality to ensure they joined the developmental drive.

The participants at the meeting mentioned poor roads as the major challenge confronting them in the municipality.

Sharing some successes, the assembly had achieved, Mr Kessie, indicated that out of 261 MMDAs Tarkwa-Nsuaem was among the four top Assemblies exercising their core functions.

He said an assessment conducted by the National Development Planning Commission (NDPC), in collaboration with United Nations International Children Emergency Fund (UNICEF), on implementation of projects and programmes, the assembly was among the best two out of 14 MMDAs in the Western Region, adding, this achievement was a result of hard work, commitment and efficient management of resources.

“As a result of prudent measures outlined in our plan to achieve sustainable growth and good governance, our municipality in the recent District League Table was ranked first among all the 14 MMDAs in Western Region and also well positioned in the country as well with regard to implementation of projects and programmes across various sectors in education, health, ICT, water and sanitation”, Mr Kessie explained.

The MCE observed that over the years, the assembly had built a solid relationship with traditional authorities, institutions and the citizenry in their bid to facilitate a peaceful co-existence and unity needed to accelerate sustainable economic growth.

That, he mentioned, was achieved through levels of engagement with community leaders and members to know and appreciate their challenges and sensitize them on efforts being made by the assembly to address them.

According to him, “Our continuous engagements with the people through various platforms and the quest to open up governance to make it more inclusive, transparent, participatory and accountable have earned us a partnership with the Open Government Partnership (OGP) programme”.

Again, the MCE said the participation in the OGP would provide the opportunity to be part of a global community with a network of over 150 governments and about 3000 Civil Society Organizations (CSOs) would further deepen their commitment with the citizens to enhance good governance for effective and efficient service delivery.

He stated that, in spite of the current global economic downturn, there were various development projects ongoing in the municipality.

“I must emphasize that we are not doing badly in the implementation of our Action Plan and Budget, thanks for your support and contributions. Our major plight to these achievements has been the deplorable nature of our roads”.

Mr Kessie said, “As we can all witness works are steadily progressing on the Tarkwa-Agona Nkwanta highway. Major works such as drains and culverts are being constructed. It is my fervent desire that the contract will be completed on schedule to boost our local economy and reduce the frequent breakdown of vehicles”.

In addition, he said the assembly in its 2023 composite budget had planned to procure a new grader and also advanced GHȼ95,000.00 to maintain the old machine to facilitate the transportation of goods and services.

Mr Gabriel Akora Nrodzo, Economic Planning Officer of the Western Regional Coordinating Council, appealed to the citizenry to honour their tax obligations to the municipal assembly so they could serve them better in the face of the dwindling central government inflows to address their needs.

“After all, our leaders are here to account to us on how they have utilized what was given to them in the previous year. For this reason, I have no doubt that the management of TNMA will put our rates and fees that we pay to good use in our own interest”, he indicated.

Mr Nrodzo assured the public that the Regional Planning Coordinating Unit would continue to promote the needed technical backstopping, monitoring and evaluation to enable MMDAs in the region to deliver on their mandate to improve the lives of the citizens.