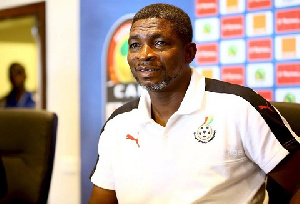 Kumasi Asante Kotoko have appointed former coach Maxwell Konadu as the head coach of the club.

The former Black Stars coach returns to the club he left in 2013, having signed an initial two-year deal reportedly worth $60,000 per annum.

This is 47-year old Maxwell Konadu’s second stint with the club, having led them to two consecutive Premier League titles between 2010 and 2012 before resigning in 2012.

Konadu will be assisted by Johnson Smith despite previously indicating a preference for appointing his own assistant coach. He will also come along with a yet to be named scout to join the technical team.