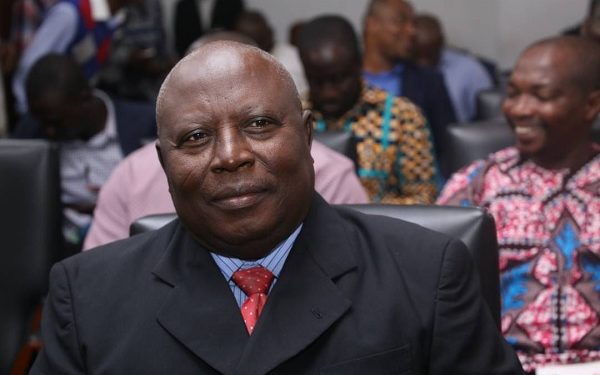 Martin Amidu: The arrogance and impunity of power – Parliamentary rejection of 2022 Budget statement

The Parliamentary vote on November 26, 2021, against the approval of President Nana Addo Dankwa Akufo-Addo’s 2022 Budget Statement and Policy presented to the Parliament of Ghana on November 17, 2021, on his behalf by his Co-President and Minister for Finance, Ken Ofori-Atta, was self-inflicted. The Parliamentary vote of rejection of the 2022 budget demonstrates what the arrogance of power and impunity can do to any Government that takes the electorate for granted as rabbles.

Nana Akufo-Addo’s government became infested with the arrogance and impunity of power right from the day it assumed the reins of government on January 7, 2017. This is the government of a make-believe democrat who consults stakeholders affected by his major policies only after getting Parliament to enact his wishes as policy. The government then seeks cosmetic post facto consultation with affected stakeholders only when there is a serious objection to the policy by the electorate and other stakeholders. The constitutional principles of probity, accountability and transparency in governance are shamelessly contravened by a government that came to power only after representing to We the People that it would be the most accountable and transparent government ever to run the affairs of this country.

The Ameri scandal that led to the resignation of a Minister who was sacrificed for the arrogance and impunity of the decisions of the Family and Friends; the unresolved Sputnik-V Covid-19 vaccine scandal that is still uninvestigated; the Aker Energy Scandal; and the Agyapa Royalties Agreements hurriedly approved by the one-sided 7th Parliament on August 14, 2020, after the minority had staged a walkout, to mention but a few, demonstrate the arrogance and impunity of the Akufo-Addo style of democratic-autocratic governance.

The Agyapa Transaction Agreements, for instance, is an exemplified display of the arrogance and impunity of power by this government when it stuck to its position to complete the listing of Agyapa Royalties Limited on the London Stock Exchange by December 30, 2020, even after the most affected stakeholders, including the Chiefs as custodian of the nation’s lands, raised reasoned objections to the unaccountable and opaque manner government obtained the parliamentary approval without prior consultations with the Chiefs and people.

It was only over these damning objections that the Government pretended to start consultations with stakeholders while insisting that the listing of the Agyapa Royalties Limited on the London Stock Exchange on or before the due date in December 2020 was not for negotiation. It had to take the Agyapa Royalties Anti-Corruption Risk Assessment Report and the audaciousness of a Special Prosecutor not to shelve the report for government to swallow humble pie and save face by pretending to refer the Agreements for reconsideration by the Parliament that approved it.

The Aker Energy scandal was also so unaccountable and opaque that stakeholders had to raise reasoned objections to the policy formulation and its approval by Parliament without any prior consultations or discussions with interested stakeholders. As usual, government pretended to engage in post facto consultations with stakeholders only after patriotic Ghanaians showed an overwhelming determination to hold government to account.

The level of the arrogance and impunity of power exhibited by this government leading up to the rejection of the 2022 Budget Statement and Policy by Parliament is demonstrated by the stubbornness of even refusing to listen to its security and intelligence non-governmental organisation, the Danquah Institute when its director called on the Government to withdraw the E-levy and rethink the whole concept. The corruption of power made government continue insisting on consulting stakeholders, including the minority in Parliament, only after Parliament had been seized with the budget for approval or rejection.

The corruption of, and intoxication with, the arrogance and impunity of power became more manifest when Parliament was in session to decide whether to approve that budget. One cannot fantom the extent of the internalization of arrogance and impunity of power that emboldened the Minister of Finance to ask the Speaker to stand down the already over delayed on-going proceedings of Parliament for the Minister to consult the leadership of Parliament before taking the vote.

And this was after the Minister had told the entire world in an interview with Joy FM at the Volta Fair that the government will find a way of winning over the minority by the time the vote on the budget came to be taken. The Government could not in its drunken stupor of arrogance and impunity of power see that it was by these statements leading the minority into the position of irrevocable commitment from engaging with the Minister lest the minority be suspected of another sell-out by We the People.

The Nana Akufo-Addo’s side of the equally divided Parliament knew that it did not have the numbers to have its way even if the independent Member of Parliament chose to cast his vote with the Nana Akufo-Addo side of Parliament on 26th November 2021. The reason assigned by Nana Akufo-Addo’s side for walking out of Parliament when the Speaker was about to take the vote on the budget is not supportable under the 1992 Constitution or the Standing Orders of Parliament. Aseidu Nketia, the General Secretary of the National Democratic Congress, or any other Ghanaian has a constitutional right to sit in the gallery of parliament during proceedings that are open to the public. But in Akufo-Addo’s Kabuki dance We the People who voted him into power are rabbles who are undiscerning of truth and reality – they have a Goebel’s mentality of being capable of winning over the electorate by deception and not the truth.

Nana Akufo-Addo’s government has forgotten that it was just on March 29, 2021, that government through the front of a former NDC Minister of Finance succeeded in negotiating with the NDC for the surprising consensus approval of the Finance Minister by Parliament in a voice vote for appointment to his position. We the People saw the circumstances of that compromise by NDC, with Aseidu Nketia as its General Secretary, approving the then Minister of Finance nominee for substantive appointment as tainted with suspected corruption.

Why the presence of Asiedu Nketia in the gallery of Parliament on the day of taking the vote on the 2022 Budget would be a reason for a walkout by the other side should be anybody’s conjecture.

Parliament meets today, November 30, 2021, amidst claims and counterclaims of the ability to undo the Parliamentary vote of November 26, 2021, rejecting the 2022 Budget Statement and Policy presented by this government run on autopilot. Every patriotic Ghanaian, of whatever political persuasion, should be alert to the Kabuki dance in whatever futile form it takes to reverse the irreversible rejection of the 2022 Budget Statement by Parliament.

There are jubilations on the minority side for the rejection of the 2022 Budget Statement with minimum demands also made as conditions precedent for the approval of a new anticipated 2022 Budget Statement and Policy to be laid again in Parliament by the Government for consideration before the expiration of the Appropriation Act for 2021 Budget year. But We the People know that without the betrayal we suffered at the hands of a former NDC Minister of Finance, the National Executive of the NDC and its leadership in Parliament, the Minister of Finance, Ken Ofori-Atta, will not have been in any position to inflict any hardship on Ghanaians through a draconian 2022 Budget Statement and Policy.

What happened on November 26, 2021, with the rejection of the 2022 Budget Statement was only the first redemption by those who shamefully let this country down on March 29, 2021, when they joined in approving this Minister of Finance nominee by consensus in a voice vote for appointment despite outstanding queries at his vetting.

No faceless threats of assassination or intimidation with politically motivated persecutions should deflect us from our cause of fighting against all forms of suspected corruption and defending the Constitution. Let every patriot put Ghana First and protect the public purse from the looting machine.

Ghana would collapse if Mahama was President at this…