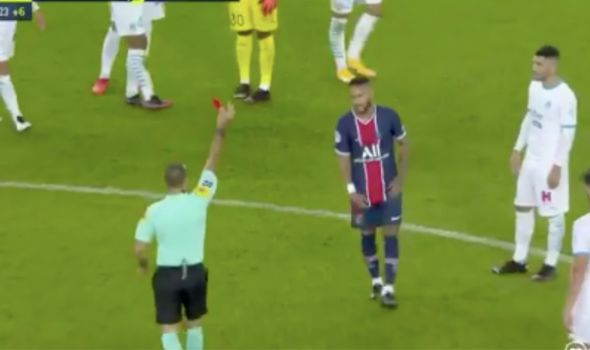 There were five red cards plus fourteen yellow cards totalling nineteen in Paris Saint-Germain’s 0-1 defeat to Marseilles in yesternight’s volatile clash. That set a European club record of the highest number of cards in a single football match. All the outfield players of Olympic Marseilles received cards apart from defender Duje Caleta-Car, and two midfielders Boubacar Kamara and Valentin Rongier.

Fenerbahce and Galatasaray league clash in February 2002 which saw four reds and fourteen yellows, was hitherto the Europe’s most ill-mannered football match.

In Portugal’s clang with the Netherlands in the 2006 World Cup (familiarly mentioned as ‘The Battle of Nuremberg’), Russian referee Valentin Ivanov issued sixteen yellow cards and four reds—the highest number in any FIFA competition. Each side finished the game with nine men, with Khalid Boulahrouz, Giovanni van Bronckhorst, Costinha and Deco all receiving their sending off orders.

Neymar confesses he “acted like a fool” to receive a red card on Sunday, but the Paris Saint-Germain interstellar held that it is imperative that persons in authority echo on the role of racism in the game following Sunday’s collision with Alvaro Gonzalez.

Neymar says he lost his cool on Sunday but has called on officials to do more to stamp discrimination out of the game.

The Brazilian star took to Twitter afterwards and posted that his only regret was “not hitting that asshole in the face”. Gonzalez has denied that he racially abused the PSG star.