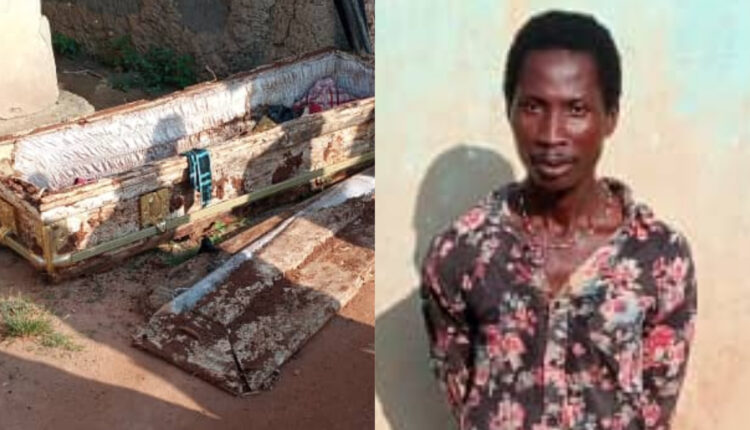 A dead body of a woman that has been exhumed by her son with the intention of awakening her through a heavenly intervention has created a bizarre scene in Nyameyekrom, a town in the Ahanta West District of the Western Region.

Elijah who is believed to be at the age of 28 years old on Thursday, December 2, exhumed his mother’s 1-year-old corpse from her resting place back to her home with the intention of awakening her through prayers according to a vision he had.

Speaking to an eyewitness on Skyy Power 93.5FM, he made it known according to the man, he wants to live up to his name as the biblical Elijah and his dead mother has revealed to him in dreams to awaken her from the dead.

He also made it known this is not the first time Elijah has tried this stunt but the third time he is trying it to make the impossible possible.

A majority of the locals in Nyameyekrom gathered at the scene to see the miraculous moment but the police in the Mpohor District has been alarmed in regards to the bizarre situation as it poses a health risk to the locals.