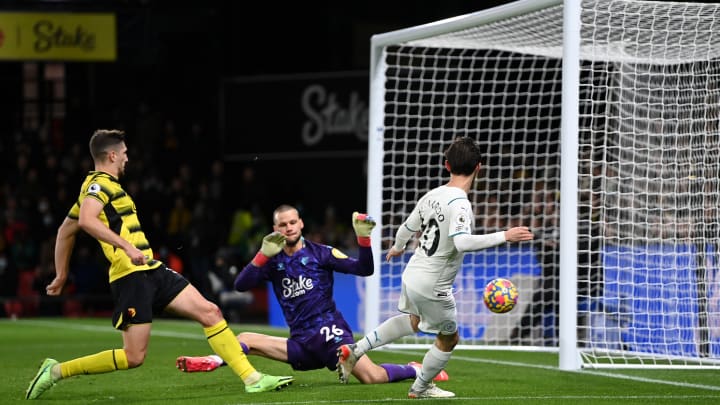 Manchester City manager Pep Guardiola said his side had “reached their highest standard” of the season as they claimed a dominant win over Watford to move top of the Premier League for the first time in 2021-22.

Raheem Sterling headed the reigning champions ahead after only four minutes, when free at the back post to meet Phil Foden’s excellent cross from the left.

The hosts were repeatedly ripped apart by City’s movement, passing and creativity and only a number of saves from goalkeeper Daniel Bachmann kept the score down to one goal in the first 30 minutes.

But City got a well-deserved second as Bachmann denied Ilkay Gundogan, but the rebound fell to Bernardo Silva, who showed excellent skill to beat two defenders and finish well from a tight angle.

Silva then grabbed his second and City’s third, cutting in from the right side of the penalty area and curling a fine finish past Bachmann.

Cucho Hernandez pulled one back for Watford, following in to convert a rebound after his first strike had hit the foot of the post.

“We’re an incredibly consistent team,” said Guardiola, whose side have recorded seven consecutive wins in all competitions. “We played a really good performance and missed a lot of chances.

“The game could have been over after 10 or 15 minutes and the most important thing is we played in a consistent way that made us control the game.

After 15 matches, City – title winners in five of the past 10 seasons – are a point ahead of Liverpool.

Chelsea began the day as leaders, but are now a point behind the Reds in third place, after losing 3-2 to fourth-placed West Ham.

“It’s better to be at the top, but we will drop points and hopefully the opponents will as well but there is a long path ahead,” added Guardiola.