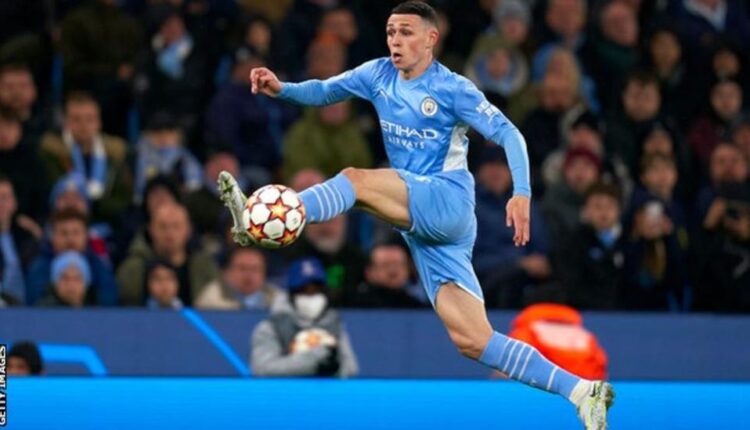 Man City 1-0 Atletico Madrid: ‘Brilliant’ Phil Foden shows there are no limits to his potential

In a crucial week for Manchester City they need their star players to stand up.

Kevin de Bruyne and Phil Foden did exactly that on Tuesday as the two combined to give Pep Guardiola’s side a narrow 1-0 Champions League quarter-final lead over Atletico Madrid heading into next week’s second leg in Spain.

Though the Belgium international scored the goal, the post-match analysis centred around Foden, whose impact from the bench was almost instant, creating the goal 79 seconds after coming on in the second half.

It came when the 21-year-old showed quick feet and slipped the ball between the legs of Reinildo and into the path of De Bruyne to coolly slot into the corner.

“He came on with composure and had the clarity to cause havoc,” former Manchester United defender Rio Ferdinand said on BT Sport. “He came off the bench and was bang at it.

“Ninety-nine per cent of players come off the bench and don’t do anything, but the ones who do have the desire and concentration – within 80 seconds he decides the match.”

City manager Guardiola added: “Phil has a special quality [to change the game]. His space in the first steps are massive and he had the composure to make an incredible assist to Kevin.

“Phil was brilliant, we knew it in the beginning. With Gabriel Jesus and him, we needed to change the game when it was flat.”