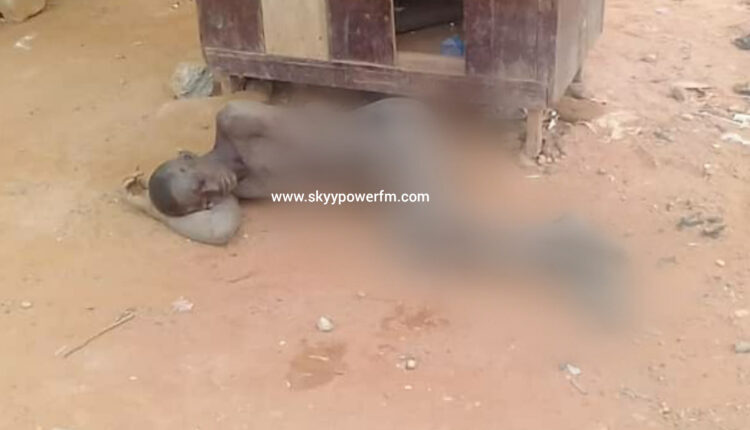 A young man in his late Twenties has died from a mob attack after allegedly caught carting away with a poly tank and some other items in Diabene, a suburb of Sekondi-Takoradi on Tuesday, July 27.

Skyy Power 93.5FM’s reporter Nana Yaw Kumi, was at the scene when some residents indicated that, the act of theft is on the rise in the community and they are vigilante to the extent that, anyone caught in the act, will face the consequences.

However, the residents explained that the alleged thief was apprehended by some youth when he was spotted carting away with a poly-tank and some cutlasses in addition.

Moreover, after confrontation, the mob launched a vicious attack on him which he was beaten to pulp and was helplessly left at the market centre.

According to reports, the police was called to the scene which they conveyed the helpless man to the Police Headquarters clinic in Sekondi where he was pronounced dead.