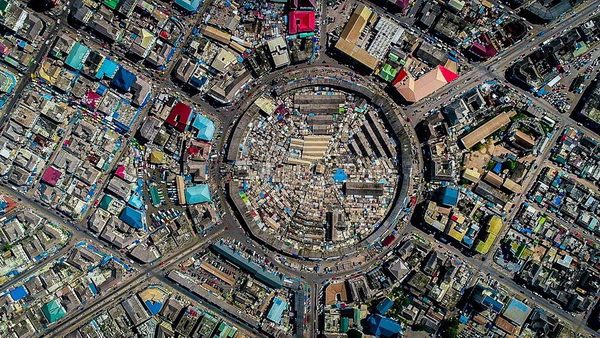 Major Markets in Takoradi reopened after one week of total closure

The Sekondi Takoradi Metropolitan Assembly (STMA) in collaboration with the Effia -Kwesimintsim Municipal Assembly (EKMA) have today 4th June, 2020 reopened all major markets, which were closed as a preventive measure to halt the spread of the coronavirus outbreak in the Metropolis.

Trading activities are back in the markets but in a more orderly manner. The Assembly has issued cards for the market women, which will identify them in the new shift system arrangement.

Leadership of the two Assemblies last week, May 28, 2020 resolved to close all major markets. The decision was taken after the region was declared an epicenter in the country. Another reason was to avoid overcrowding of traders and buyers since they were not abiding by the social distancing directive.

“We have opened the markets and started with traders with color red cards -that is for the daily rotational cards we have introduced. So those with color red are selling today, they will stay home tomorrow, Friday, for the next colour to come. Today the market circle has eight gates, and we have decided that four of the gates should solely be used for entry and the next four gates are only for exits. We are also going to put thermometer guns at all entry points to monitor everyone that enters the market. Wearing of nose masks is also mandatory in every part of the market,” Nana Asempanaye Yeboah, Takoradi Sub Metro Director of the STMA, told Nana Yaw Kumi of Skyy News.

Skyy News’ Nana Yaw Kumi reports that all trading activities are back to normal in the markets with traders abiding by all the new rules activated by the assembly in the markets. His report from the Sekondii Market however reveals some markets women without sheds in the market have resorted to demonstration to pour out their grievances to the assembly after they were not included in the new arrangements.