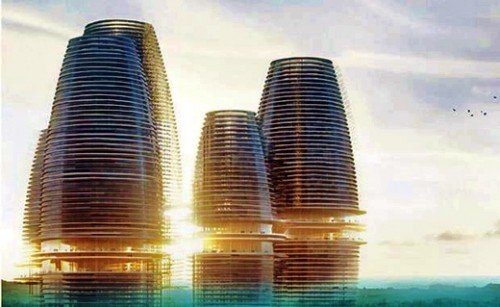 Sammy Awuku, the National Organiser for the ruling New Patriotic Party (NPP) says the promise by John Mahama of a $10 billion Accelerated Infrastructural Programme [termed the Big Push], is a financial scam, that would rob the state’s coffers.

The allegation, as sounded by Mr. Awuku was justified with historical accounts of inflated projects undertaken by the former President. Mr. Awuku urged Ghanaians to be very mindful of such promises from the former President, as the endorsement of which would result in an economic recess and corruption.

“When candidate John Mahama says he’s going to build projects the Ghanaian people should be extremely careful and worried because of the inflated cost of these projects. He is not interested in the outcome and the impact of the project on the people. He is not interested in the value for money. So when the candidate says he’s going to invest 10 billion in infrastructure, Ghanaians must treat it not as a promise but as a threat… not as an infrastructure solution but as a financial scandal. It must draw you towards him rather run away, borrow his legs and run away with it.”

John Mahama promised during his campaign recently, that the implementation of the $10 billion programme [Big Push] will improve the country’s infrastructure base and offer greater job opportunities for the youth along with it. This is expected to feed into his agenda of creating a million jobs when voted into office by 2021.

Mr. Awuku continued that the promise by John Mahama was provoked by President Nana Addo’s GHC 100 billion Coronavirus Alleviation Revitalization of Enterprises Support (CARES), which was announced in July by the Finance Minister, Ken Ofori Atta.

The CARES programme is a three and half year intervention aimed at food security, protect businesses and worker incomes, strengthen the health system, attract private investments and support Ghanaian businesses.

Throwing more light on this argument, Mr. Awuku mocked that the former President is definitely blown by the prospects of such an intervention, and had no choice but to add his version.

“He said this in a knee-jerk reaction to Akufo Addo’s GHC100 billion CARES programme to help Ghana’s economy recover from the COVID-19 pandemic. It appears Mr. Mahama is very fond of figure 10 billion.”