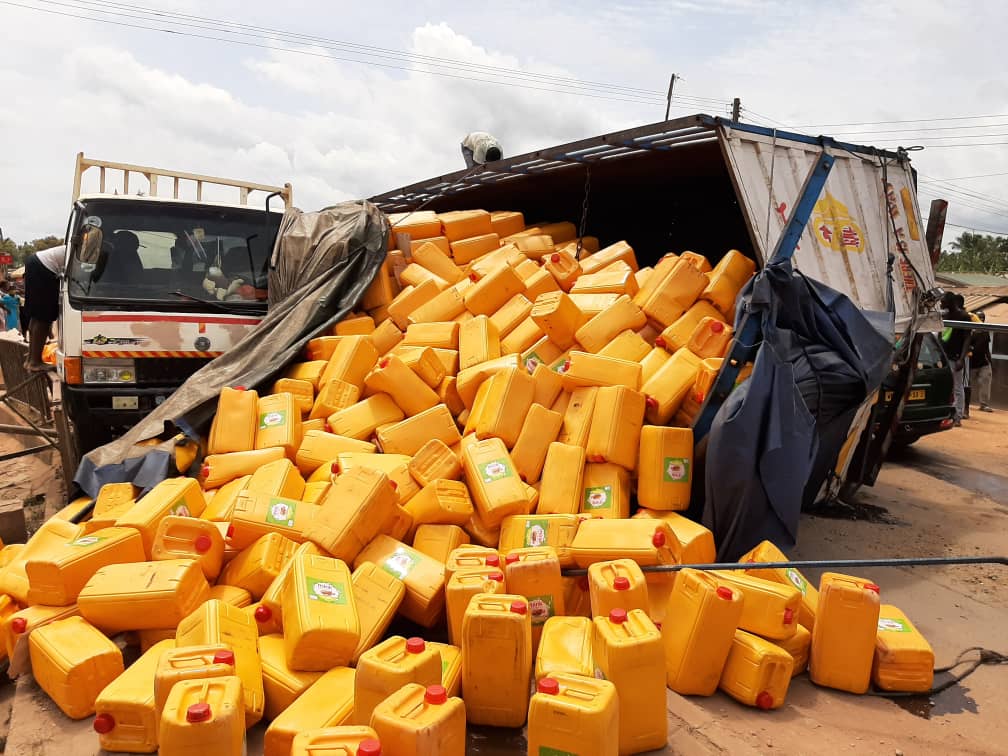 Information reaching Skyy Power FM indicates that huge traffic has piled up on the Ewusiejoe bridge due to a long trailer that has fallen off the road in Ewusijoe. This, according to eyewitnesses, has resulted in some residents of the Western Region having been cut off from accessing the regional capital, Takoradi.

According to the eyewitnesses, users of the road have been stranded in traffic for more than an hour due to the many spilled cartons of oil on the road.

An eye witness who spoke to Skyy News, Barry, says the security agencies and the Ghana Highways Authority have failed to attend to the situation and has resulted in a long traffic on a road that connects most parts of the region to the capital, Takoradi.

According to Barry, the situation is so bizarre that even an ambulance that he suspects to be carrying an emergency case to Takoradi is stranded. He says they have not been able to get an alternative route to get the ambulance the slightest of opportunities to rescue the sick on board. 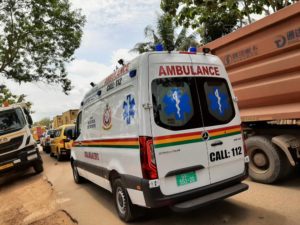