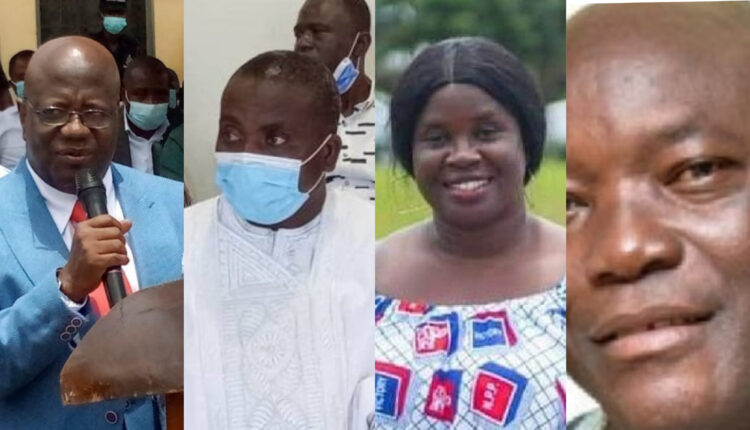 List of MMDCE nominees approved, yet to be and rejected in Western Region

Out of the fourteen (14) districts in the Western Region, only two (2) of the nominees were females whiles the other twelve (12) were males.

As it is stipulated by the 1992 Constitution, the Electoral Commission is supposed to conduct the confirmation elections within 21 days as it has been done in most of the districts except the STMA, Tarkwa Nsueam Municipal and Prestea Huni-Valley Municipal as well. These three Assemblies are yet to confirm their MCE nominee.

Members of the Ellembelle District Assembly successfully confirmed the President’s nominee, Mr Kwesi Bonzo as the District Chief Executive (DCE) for the district after being rejected during the first confirmation vote.

However, the Shama DCE nominee, Mr Ebenezer Dadzie was also rejected during his confirmation voting after failing to secure 2/3 of the vote count and is yet to take up his chance to go for the second round of voting.

She polled 32 ‘YES’ votes against 16 ‘NO’ votes with one rejected ballot paper in a secret ballot supervised by the Western Regional Electoral Officer of the Electoral Commission, Madam Angelina Tagoe.

Since Madam Iris Arde could not secure two-thirds majority of the vote cast, Assembly Members would have to reconvene within ten working days to cast their ballots a second time.