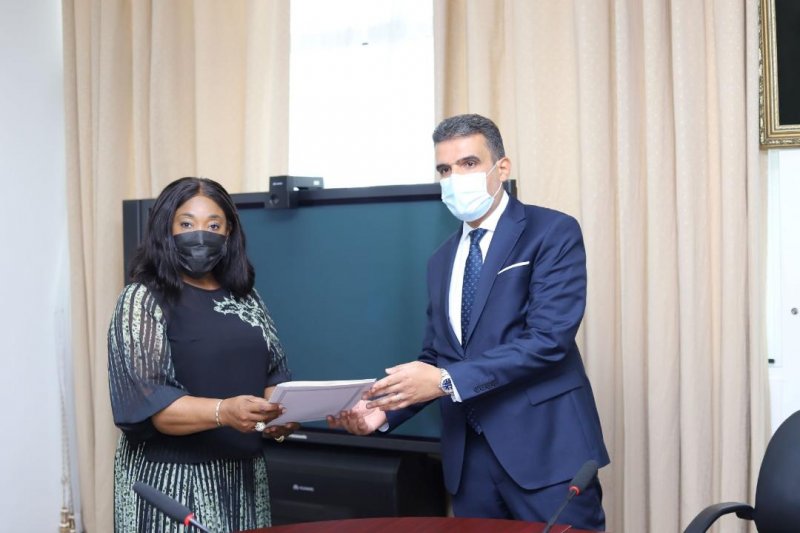 Mr Mohamed M. O. Melad, the newly appointed Chargé d’affaires of the Libyan Embassy, has presented his Letter of Appointment to Madam Shirley Ayorkor Botchwey, the Minister for Foreign Affairs and Regional Integration in Accra.

Madam Ayorkor Botchwey congratulated the Chargé d’affaires on his appointment and assured him of her support during his duty tour of Ghana.
She acknowledged with satisfaction the cordial relations between Ghana and Libya, back to the 1980s; nurtured into cooperation through the African Union (AU) and the Community of Sahel-Saharan States (CEN-SAD) on issues of common interest to the two countries and through the Ghana-Libyan Holding Company (GHALCO), operators of the Golden Tulip chain of Hotels in Ghana.
She said the re-opening of Ghana’s Embassy in Libya in March 2020 was a further testament of Ghana’s commitment to the strengthening of the existing bonds of friendship as well as an opportunity to expand the two countries’ commercial interests by exploiting market potentials on both sides and providing visa and allied consular services.
She mentioned further the Government of Ghana’s commitment towards consolidating existing friendly ties and expanding the scope of economic and technical cooperation between the two countries.
Madam Ayorkor Botchwey referred to the fact that this year marked the 10th anniversary of the Libyan uprising and commended the Government of Libya for its prudent measures to address the problem of instability in the country. 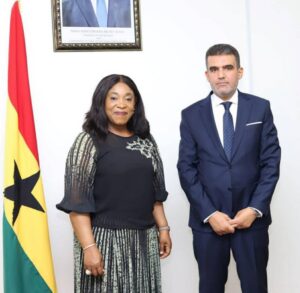 She expressed the hope that the new Transitional Government would uphold its declared commitment to the organisation of general elections for a peaceful and orderly transfer of power by the end of 2021.
The Minister noted with concern, the complexity of the security situation in the Maghreb region and expressed the hope that the new government would put in much efforts to carry out comprehensive disarmament, demobilization, and reintegration of all combatants in line with the objectives of the security sector reforms and for national security.
She assured Mr Melad of Ghana’s preparedness and willingness to support Libya and the international community’s efforts to restore peace and order in Lybia, and emphasised that Ghana cherished its fraternal relations with Libya and would always, steadfastly, assist in the return of the country to its former glorious state in the spirit of Pan-Africanism.
The Minister said despite the geographical distance between the two countries, Ghana and Libya shared many things in common such as the integration of Africa and the strengthening of the continental body in pursuit of common socio-economic goals.
She expressed Ghana’s desire to tap into Libya’s rich experiences in the oil and gas industry by adopting its best practices to protect water bodies and the environment in the country.
Madam Ayorkor Botchwey said the Ghana-Libya Permanent Joint Commission for Cooperation (PJCC) had been in abeyance since it was last held in Sirte and Tripoli in May 2010 and expressed regret that most of the signed agreements had not been effectively implemented over the years, impacting negatively on the benefits desired by both countries, and entreated him to pursue the issue with his principals in Tripoli.
She reiterated the need for the two countries to deepen further the already cordial bilateral relations existing between the two countries and peoples. 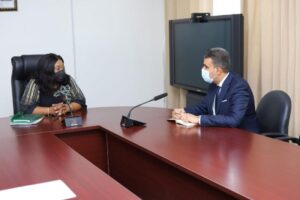 Mr Melad said Libya was looking forward to improving and enhancing its relationship with other countries.
SOURCE: GNA
Foreign MinisterLibyaShirley Ayorkor Botchwey
You might also like
News