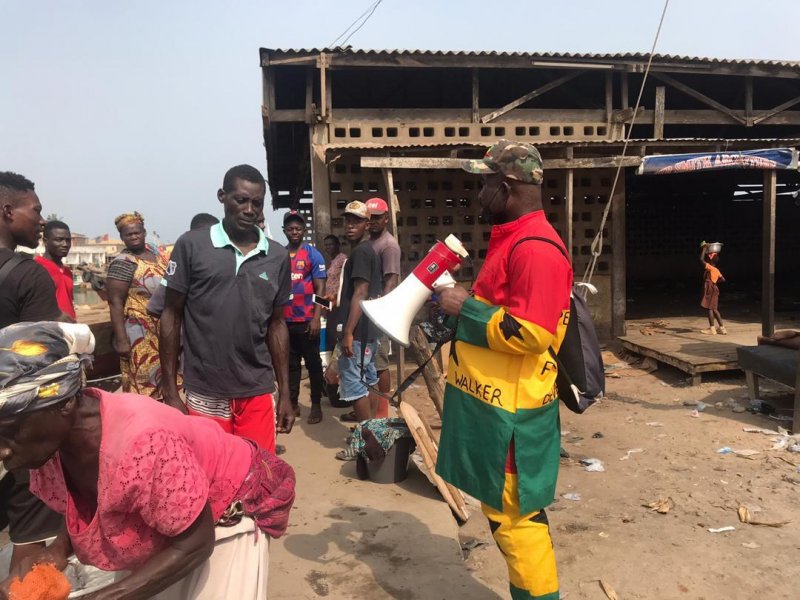 By Alex Tagoe On Mar 5, 2021
0 6
Share
He said the act was evil and defied the moral, cultural and social values of the country and must be condemned and discouraged among the perpetrators and supporters.
“LGBTQ is unacceptable in this country and anyone perpetrating such act should be advised to end it or face the law governing it,” he indicated.
Mr Marfo, popularly known as “Ghanaba” made the remarks when he made a stopover during his voluntary nationwide peace and unity sensitization tour at Elmina to interact with the people.
He said the act had brought shame to Ghana and could have a negative impact on the growth and progress of Ghanaians particularly the youth, of not stopped.
”Growing up, none of my grandparents told me of anyone who had intercourse with a same sex and conceived children out of it.
“This is an abomination to God and humanity we are God’s representatives here on earth. As such, we condemn this act in its entirety,” he added.
Advocating on the fight to entirely eliminate corruption, Ghanaba noted that the crusade against corruption must be extended beyond the public sector to include all sectors of society.
He said the Public Sector was the main focus when the subject of corruption was raised; “this has made it difficult for the nation to make significant progress with its anti-corruption efforts”.
Mr. Marfo said the outbreak of the pandemic opened new avenues for corrupt practices mainly in the areas of procurement and sole sourcing.
He said more than 100 million people were plunged into poverty globally and now more than ever, governments needed to support their citizens many of whom had taken advantage of this urgency to indulge in corrupt practices.
The Voluntary Peace campaigner called on Civil Society Organizations (CSOs), government, parliamentarians and the public to take interest and stand united in the fight against corruption.
He took the opportunity to advise the people to adhere to the health and safety protocols, get vaccinated when it got to their turn to support the government’s fight against the surge of COVID-19.
SOURCE: GNA
GhanabaLGBTQI
You might also like
News