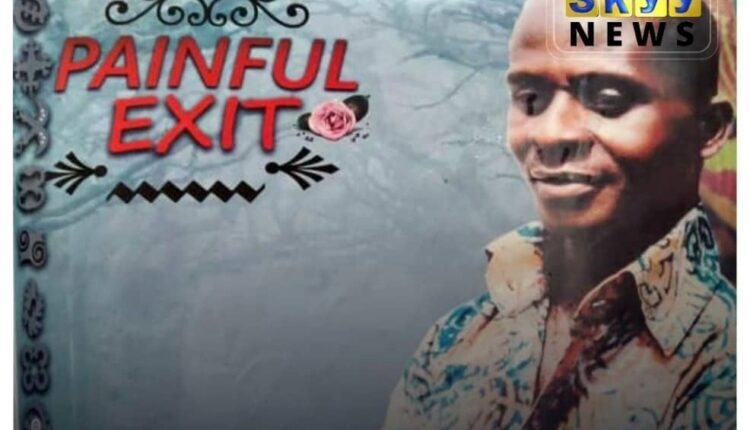 The Police Officers mounted the witness box to testify in the ongoing case of the deceased Fijai taxi who is said to have committed suicide whiles in Police Custody.

On Friday, June 24th, the four police officers who were ordered to appear before the court and give their testimony to be used as evidence to set out the facts of the alleged crime were General Corporal Kevin Makafui, General Lance Corporal Osei Yamoah, 3rd witness (Name withheld) and Sergeant Silvester Worlanyo.

Three (3) of the witnesses, General Lance Corporal Osei Yamoah, General Corporal Kevin Makafui and the 3rd witness (name withheld) were police officers who had an encounter with the deceased taxi driver at the Effia-Nkwanta barrier on that very day, December 25th, 2021, and Sergeant Sylvester Worlanyo was at the counter when the deceased was brought into the Sekondi Police Station as a suspect.

The case was presided over by Her Worship Rosemary Hayford at the Sekondi Magistrate Court B.

…After the alleged knocked down, he fell unconscious.

…A good Samaritan by the name of one Mr Amos, who was also passing by the barrier took him into his vehicle from Effia-Nkwanta checkpoint to Holy Child Hospital at Fijai.

…So from 3 am to 4 am on that day he was not at the checkpoint because he was at the hospital.

…He felt pain in his body, including a severe headache but did not sustain any injuries even tho his head had hit the ground.

…He was discharged from Holy Child Hospital within a few hours and went to his residence at the barracks in Takoradi.

…He was given 2 days off duty.

…However, he was given a continuous 1week to visit the hospital for medical checkups, and he returned to work after two weeks.

Eventhough the lawyer put it before him that he was never hit by a vehicle and was the mastermind behind the alleged brutality of the taxi driver that led to his death, Corporal Makafui denied.

Lance Corporal Osei Yamoah after mounting the witness box told the court that, after their colleague officer Makafui had been knocked down by the deceased and lying down unconscious, a good Samaritan by name of Mr Amos took officer Makafui to Holy Child Hospital at Fijai, even though Effia-Nkwanta Hospital was closer.

During that incident, he and the 3rd witness ( the other Lance Corporal) after the alleged accident arrested the late Taxi Driver and drove (with the deceased own vehicle) to Sekondi MTTD Office.

He claimed the taxi driver did not resist arrest and there was no altercation, but he kept begging them not to take him to the police station because he has taken in alcohol and it would be a disgrace if his church members find out because he is an elder at his church.

According to the witness, they conducted an Alcohol test on the taxi driver at the Sekondi MTTD office and the deceased alcohol level was measured at 108.

After handing him over to Sekondi Police Station, he returned back with the 3rd witness to the Effia-Nkwanta Check Point after which they closed at 5:00 am from the duty post.

The 3rd witness who is also a Lance Corporal told the court that he saw the first witness (Makafui) unconscious after being knocked down by the deceased taxi driver at the Check Point.

Also, he together with the 2nd witness arrested and sent the suspect now deceased to the Sekondi MTTD Office.

…An alcohol test was conducted with a machine where the deceased alcohol level was at 0.109.

He claimed the taxi driver did not resist arrest and there was no altercation, but he kept begging them not to take him to the police station because he has taken in alcohol and it would be a disgrace if his church members find out because he is an elder at his church.

…He said after handing over the suspect to the officer at Sekondi MTTD, he came back to duty post from till 6 am, even though the 2nd witness claimed they closed from duty at 5 am.

…During the cross-examination, he exhibited laughter but the presiding judge cautioned him with a warning to be serious.

The Fouth (4th) witness was at the counter when the late Joseph Entsie was brought in from a duty checkpoint at Effia-Nkwanta to the Sekondi Police Station by the 2nd and 3rd witnesses.

…15 years of service, he told the court that he can’t imagine the height of Sekondi Cells from the ceiling to the ground, this was when the lawyer wanted to make an example of how the deceased hanged himself in the cells.

…He testified on an image presented to him by the lead counsel which was a picture of the deceased being hanged from the neck with a jeans trousers attached to the window bar of the cells.

He said the deceased was in great shape when he was brought in by the 2nd and 3rd witnesses and only discovered his death at daybreak.

He also claimed there was no altercation between the deceased and the inmates or between other inmates.

The witness told the court that after discovering the incident, he called his superiors for the necessary actions to be taken after which the family was called and the body was taken to the morgue.

The lead counsel further indicated that the cross-examination of the 4th witness will continue on Monday, June 27th, as he believes he is a key witness to unveil some facts in this case.

The court has therefore ordered the police service to produce other documents to support the court in dealing with the matter.

The lead counsel for the deceased was also told by the court to produce pictorial evidence.

The court has therefore sent a notice to the director of the Architecture and Engineering Services Limited (AESL) in Sekondi to take measurements of the police cells as requested by the family lawyer.