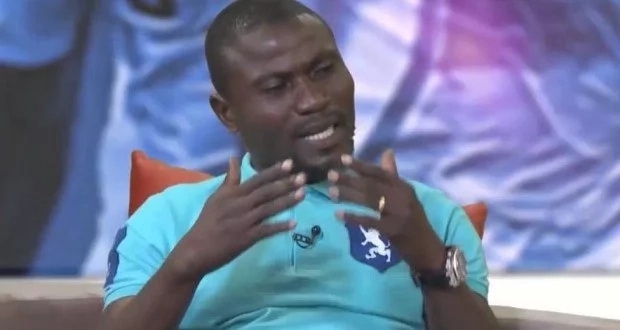 Former Black Stars midfielder, Laryea Kingston praised the “amazing” Mohammed Kudus after the substitute’s stunner finished off a 2-0 win for Ghana over South Africa on Thursday in Cape Coast. Mohammed Kudus replaced Sassuolo midfielder Alfred Duncan who had a rough afternoon playing from an unusual attacking left wing position on the day.

It was an evening of dazzling football in which the Black Stars played with blister and power, drawing deafening cheers from the fans at the Cape Coast Stadium which was packed to the rafters. James Kwesi Appiah had to call on some fresh faces because of player unavailability and injuries, which is an unfamiliar scenario for the under fire manager. Zulte Waregem defender Gideon Mensah, Baba Iddrisu of Spanish side RCD Mallorca and Mohammed Kudus were all making their first appearance for the Black Stars in a competitive match.

In a short video conversation with co-panelist Yaw Ampofo Ankrah on a GTV Sports Plus  programme, Laryea Kingston could not hide his admiration for the for FC Nordsjælland forward, evaluating his performance with fine words.  “He’s amazing, you can see his contribution, his link up from the wings, midfield and from the attack; has been phenomenal; he’s someone I saw playing when he was thirteen, he went through Right to Dream Academy, and now he’s doing very well with FC Nordsjælland”, Laryea observed.

In-form Thomas Partey got onto the score sheet with a sweet carpet drive from 30yards to end the first half with a kick finish for Ghana. In the second half, the 19 year old FC Nordsjælland sensation Mohammed Kudus, stepped on to the field with buzzing confidence and terrific composure, and capped a fine debut appearance with a predatory strike from his unorthodox right foot which thundered into the top-right-roof corner of the goal post, with South Africa’s goalkeeper Buhle Mkhwanazi caught in complete bewilderment. Though the ecstasy of the fans was on the great display by the Stars, much of the post-match talking point was on the bewitching performance and the subsequent screamer that the debutant delivered in front of a sell-out crowd at the Cape Coast stadium.

The Black Stars play São Tomé and Príncipe in their next game on the 18th of November in their next AFCON 2021 group stage qualifier.