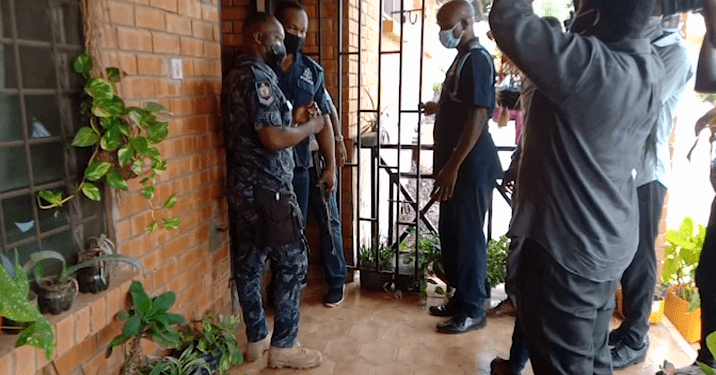 The landlord of the recently closed LGBTQI office in Kwabenya has asked the tenant occupying the property to vacate with immediate effect after refunding the remaining ten months rent.

This was after the news broke out on the closure of an office used as a safe haven to harbour and support LGBTQI people. They were given a week to vacate the building after an agreement with the estate agent was reached.

According to Citi News, the landlord issued a cheque to that effect in the name of the tenant, after an engagement between the estate agent, his lawyers and the Kwabenya District Police Command.

On Wednesday, February 24,2021, the LGBTQI office in Kwabenya was invaded by the police, National Security Officials and the Kwabenya Traditonal Council after which the owner locked up the property.

The landlord, Dr. Asenso Gyambibi expressed that, the tenant had breached the tenancy agreement after using the property for a different activity other than what it was meant for.

There have been proposals for the closure of the property by many citizens, including some religious groups and political figures.

The opening of the LGBTQI centre has sparked an outrage between the citizens causing divided opinions. Other diplomats in the country fully support the LGBTQI community and helped in establishment of these centres. The event of the opening of the centre was attended by the Danish ambassador, the Australian High Commissioner to Ghana and European Union representatives.