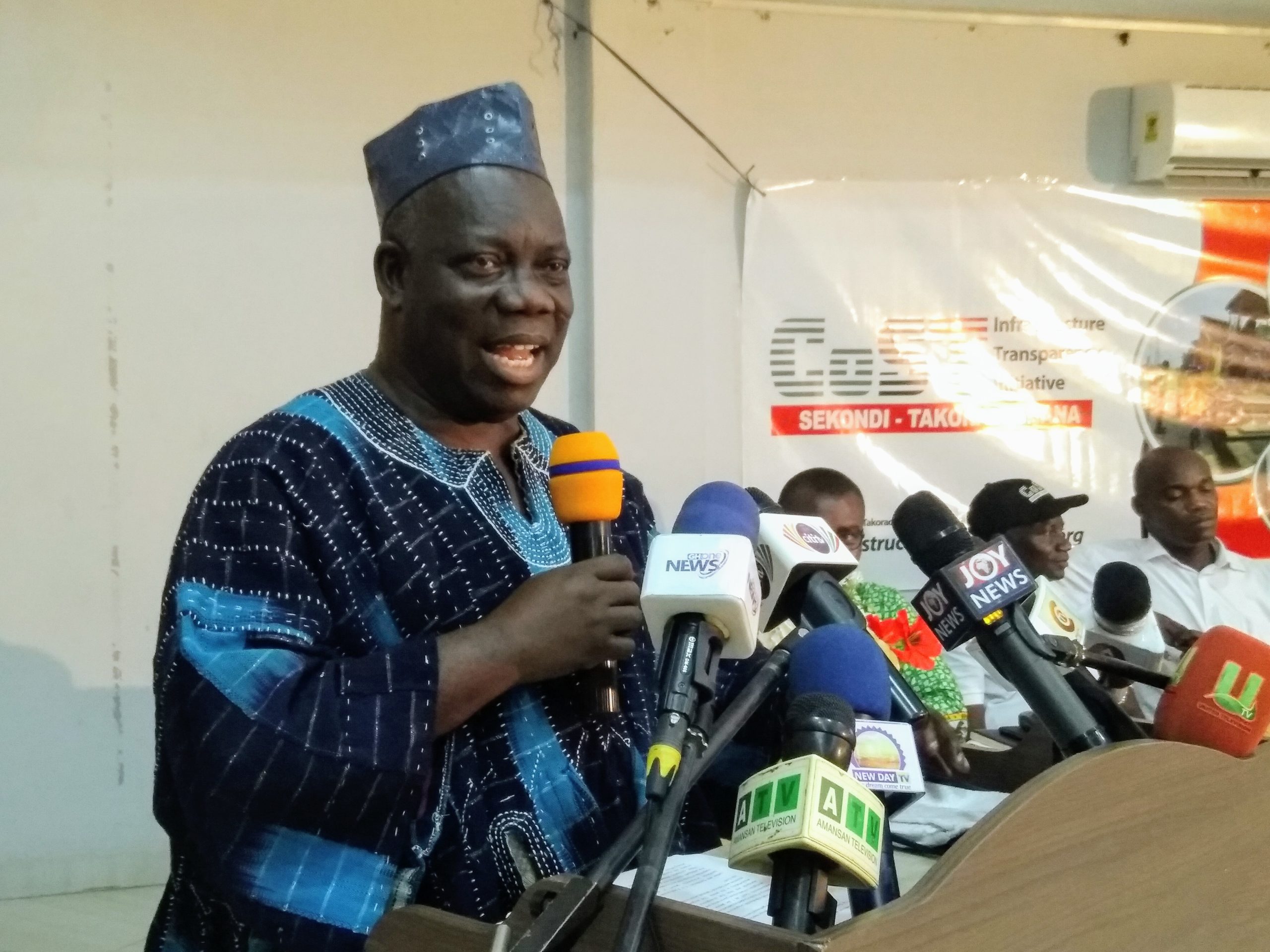 Mayor for the Sekondi Takoradi Metropolis, Anthony K.K Sam, has argued that corruption perception of public office holders in the development of public infrastructure is largely influenced by the lack of information on these investments.

According to the Mayor, the assembly has made effort at publicizing information on infrastructure projects, to the greatest of its might, to deepen transparency on how public funds are spent.

He however disclosed that, some limitations such as staff and technical capacities exist within the assembly in executing this task.

Mr. K.K. Sam made this remark at the launch of the 1st Assurance Report of the STMA CoST last Friday. The event was held on the theme; ‘Promoting Transparency and
Accountability in Public Infrastructure Delivery in Sekondi-Takoradi Metropolitan
Assembly, Ghana: The Role of Stakeholders- Gov’t, CSOs, the Private Sector &
Community Leaders’.

Zonal Coordinator of the Public Procurement Authority, in-charge of the Western and Central Regions, Brandsford K. Gidigah in his address at the launch, stressed on some technological innovation adopted by the authority to enhance public procurement processes, with a keen interest in maximizing transparency and curbing wastage.

“The ability to implement transparency measures and to provided unimpeded information on public procurement in an effective, efficient and timely manner is heavily dependent on technology-based solutions” he stated.

Mr. Gidigah mentioned that the Ghana Electronic Procurement System (GHANEPS) is one of such innovations which is being administered by the PPA, and adopted by five entities [including the COCOBOD, Department of Feeder Roads, Ghana Health Service, Koforidua Technical University and Tema Metropolitan Assembly], since its launch.

CoST Sekondi-Takoradi is a local chapter of CoST International working at the subnational level to implement transparency and accountability reforms within the infrastructure sector using CoST’s core features of Disclosure, Assurance, Multi-stakeholder working and Social Accountability.

It is championed by the Sekondi-Takoradi Metropolitan Assembly (STMA) and guided by a Multi-Stakeholder Group (MSG) of nine persons who lead, plan and dialogue to build trust, transparency and accountability in the delivery of public infrastructure. In Sekondi-Takoradi, the Initiative is hosted by the Development Planning Unit of the Sekondi-Takoradi Metropolitan Assembly. This partnership that birthed CoST Sekondi-Takoradi identifies equipping stakeholders with the needed knowledge on CoST tools and standards and the benefits associated with increased transparency and accountability in public infrastructure planning and delivery. Although there has been significant progress in encouraging other Procuring Entities (PEs) to join the subnational program, only STMA is the only Procuring Entity (PE) currently working with CoST Sekondi-Takoradi.

STMA made its application to CoST at the last quarter of 2018 and was accepted on 21st February, 2019 in line with its plans to implement a commitment in the Second OGP Local Action Plan, (commitment 1, page 12-18) which focuses on enhancing Transparency and Accountability in the delivery of Public infrastructure. The major milestone under this commitment is the development of an Information Platform for Public Infrastructure (IPPI) portal. The platform will help to disclose data on public infrastructure projects in the Metropolis. Build capacity of key stakeholders; empowered with information on how money is being spent on public infrastructure, citizens can demand more from decision-makers. More broadly, sector reforms can ensue, and trust is built.  The programme officially begun last year, the development of this key technological innovation is at far advanced stage.

Findings from the 1st Assurance Report