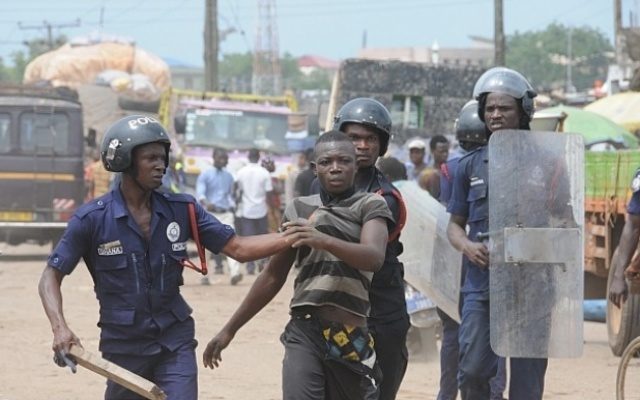 It has been reported that the Kwesimintsim Township and its environs were not hit by any criminal incident during the 2019 Christmas season. This, though comes as a surprise to residents, the District Police Command claimed was as a result of an intensified security measure that was put to action during the period.

Kwesiminstim District Police Commander, Superintendent Peter Aidoo recounted that his jurisdiction is notably known for thievery and other crimes during Christmas and other festive occasions, adding that the proactive and tactical measures taken by the service is accountable for the improved security in recent times.

Supt. Aidoo disclosed that a total of nine neighbourhood watch were constituted to augment the work of the police patrol teams during the festive season.

He thus implored residents in the area to continue supporting the police service in ensuring a safer and crime-free environment for all.

The command presented a citation to the Founder of Prince Armah Foundation, Dr Prince Hamidu Armah for his benevolence and support to the police service, in combating crime.