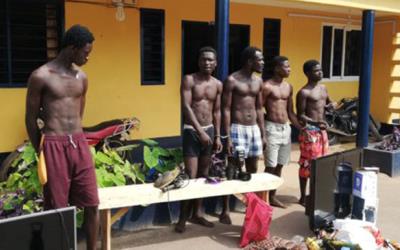 Kwesimintsim Police calls on EKMA to sponsor their security patrols

Chief Inspector Ebenezer Ahinful, officer in Charge of the Kwesimintsim Police Station is appealing to the Effia Kwesimintsim Municipal Assembly to support them undertake routine patrols in the municipality.

According to him, the station is overwhelming with the cost of fueling their vehicles and that challenge hinders effective operation of their night patrols.

Chief Inspector Ahinful detailed crime prevalence has been on a decline owing to their intensified operations.

“Since January, we don’t have much to report apart from the petty theft” he mentioned.

He was speaking at a general assembly meeting yesterday.