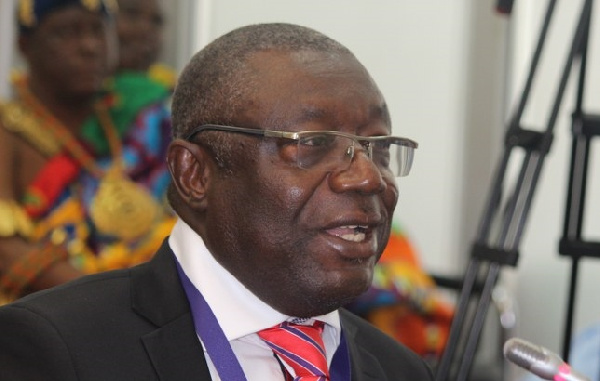 The Appointment Committee of Parliament continued its sitting to consider two more of President Akufo-Addo’s nominees for ministerial roles.

Dr Kwaku Afriyie and Dr Owusu Afriyie Akoto, Ministers Designate for Environment and Science and Food and Agriculture respectively appeared before the Committee for vetting.

The two nominees who have been renominated by President Akufo-Addo were persons who held ministerial appointments in his first term in office.

The first nominee to appear before the Committee was Dr Kwaku Afriyie, former Minister for Western Region and Member of Parliament (MP) for Sefwi -Wiawso.

The nominee had been moved to the Ministry for Environment and Science answered questions on climate change and the environment especially the effects of illegal mining on the water bodies.

Also, Dr Akoto, the former Minister for Food and Agriculture in the first term of President Akufo-Addo’s administration had been renominated for the same ministerial portfolio.

The nominee who was a former Member of Parliament (MP) for Kwadaso had been instrumental in championing one of the President’s major policy of “Planting for Food and Jobs” in the country.
[13:15, 20/02/2021] Ato Skyy: Fisheries crimes and prosecution: Has Ghana’s Alternative Dispute Resolution (ADR) proven effective?

A GNA Feature by Afedzi Abdullah

Cape Coast, Feb 18, GNA- The fisheries sector remains a high-value sector with substantial investments from both foreign and local investors. However, it is also associated with much criminality and illegalities.

In Ghana, there are concerns about the continuous depletion of the fish stock with fishing boats often returning from sea empty, a situation which can be attributed to illegal fishing activities, as well as over-capacity across the industrial trawl and artisanal sectors.

Illegalities are thriving in the sector, partly because of the lack of effective monitoring and enforcement of the regulations. The arrest an…
[13:17, 20/02/2021] Ato Skyy: Ghana’s health system is fairly robust – Dr Afriyie

Accra, Feb.20, GNA-Dr Kwaku Afriyie, Minister Designate for Environment, Science, Technology and Innovation has stated that despite recent reverses in COVID- 19 cases, Ghana has made tremendous contribution in the fight against disease.

He said contrary to the popular believe, Ghana’s public health system was fairly robust in relation to the African situation.

Besides, Ghana at the outbreak of COVID-19 was able to marshal all the arsenals at its disposal with President Akufo-Addo leading the fight against disease.

Dr Afriyie made the remark when he appeared before Parliament’s Appointment Committee for vetting on his renomination for ministerial role.

Parliament to roll out plan for vaccination soon

16th September 2019
Get instant News and Updates    OK No thanks