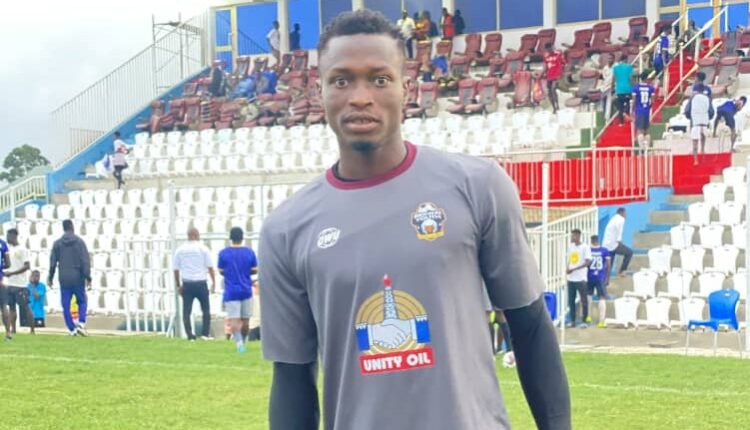 Formerly of Unicorn FC, Michael Kuntu Blankson was the hero of the day at Abramkese as Nations FC beat Swedru all blacks by 3-1 in match week 1 of the Access Bank Division One League.

Growing up in the Shama District, Michael started his club football with Professor George Kuntu Blankson’s Unicorn FC in the 3rd division, his iconic performance got his team promotion to the 2nd division.

Chasing his dreams as a goalkeeper, he joined the Asaase Aban’s club Okwahu United in the Eastern Region and then to sporting Mirren in Accra where scouts from Elmina Sharks recommended him to the Premier League side but left because of less playing time before joining Nations FC.

Nations FC the new debutants beat Swedru all blacks by 3-1 at Kwame Kyei Sports Complex in the Access Bank Division One League and the former Unicorn star Michael Kuntu Blankson was the safest pair of hands and the hero for coach Kwabena Amissah’s Nations FC.