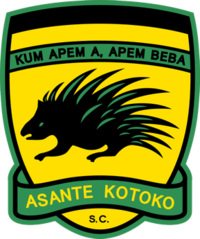 Mr Damoah was Speaking with Oti Asirifi Mensah Joseph, host of the Skyy Sports Show (Triple S) on the dissolution of the Communications team of which he was a member and the way forward for the Porcupine family as far as their Communications is concerned.

According to him, forming a Communications team with huge numbers, usually, comes with chaos and lack of coordination.

“When you have so many people on the Communications team, most members tend to go out of order, saying things and giving out informations they’ve not been mandated to send out”.

For him, the only way the head of Communications can exercise proper control and coordination over the team is to have a very few members, not exceeding 3.

Prince Damoah was appointed as a Communications member of Kotoko in charge of Western and Central regions in September, last year.

However, management, as part of the ongoing restructuring of the club, yesterday, dissolved the entire Communications team.