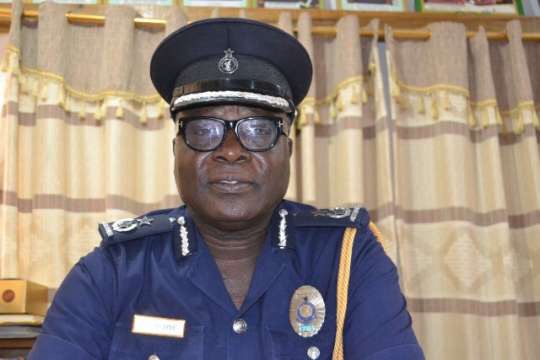 ­­Security and fraud Analyst, Mr Richard Kumodoe is attributing the reshuffle of DCOP Vincent Redeemer Dedjor from the Western Region to the poor leadership qualities portrayed after the kidnapping of the four Takoradi girls. He says the Police Command under the leadership of DCOP Vincent Redeemer Dedjor was not proactive in fetching the ladies as well as failed to draw public support to finding the girls.

In the latest reshuffle by the Inspector General of Police, the Western Regional Police Commander, DCOP Vincent Redeemer Dedjor was transferred to the police headquarters as the Director General in charge of Professional Standard Bureau (PPSB), and he is to be replaced by Second-In-Command to the Northern Region Police Commander, DCOP Felix Fosu Agyemang. Speaking to Mpimpimhene Nana Gyetuah on Skyy Power FM’s Oman Ghana programme on Saturday, Mr. Richard Kumadoe indicated that, his transfer to the headquarters is probably to learn from the “big boys”.

”He was the Regional Commander, and could not perform to utmost satisfaction as far as the kidnapping case is concerned, and the kind of security lapses that occurred. There is the possibility that if he was unable to perform as the regional commander, he can perform better at another place so, I’m not surprised he has also been transferred back to Accra, probably to learn from the big boys and have a sober reflection on some of things he had done wrongly,” he indicated.

The shakeup also saw controversial Director General of the Criminal Investigations Department Maame Yaa Tiwa Addo Danquah reshuffled to the Director General in charge of Welfare. There have been several calls for the head of Maame Tiwa after her poor handling of the case of the missing Takoradi girls. Mr. Richard Kumadoe indicates, Maame Tiwa failed abysmally as the CID Boss and should have resigned long ago.

“In some other countries where professionalism works, she would have resigned herself. There exists terms of conditions and requirements for the job and so when you don’t meet it, it is not for anybody to tell you that you have not met your conditions so resign,” he noted.

Mr. Kumodoe further commended the IGP for the reshuffle. He says the move will bring some sanity to the service especially this election season.

Effia Nkwanta Hospital in deficit of 300 plus Vital Signs Monitors