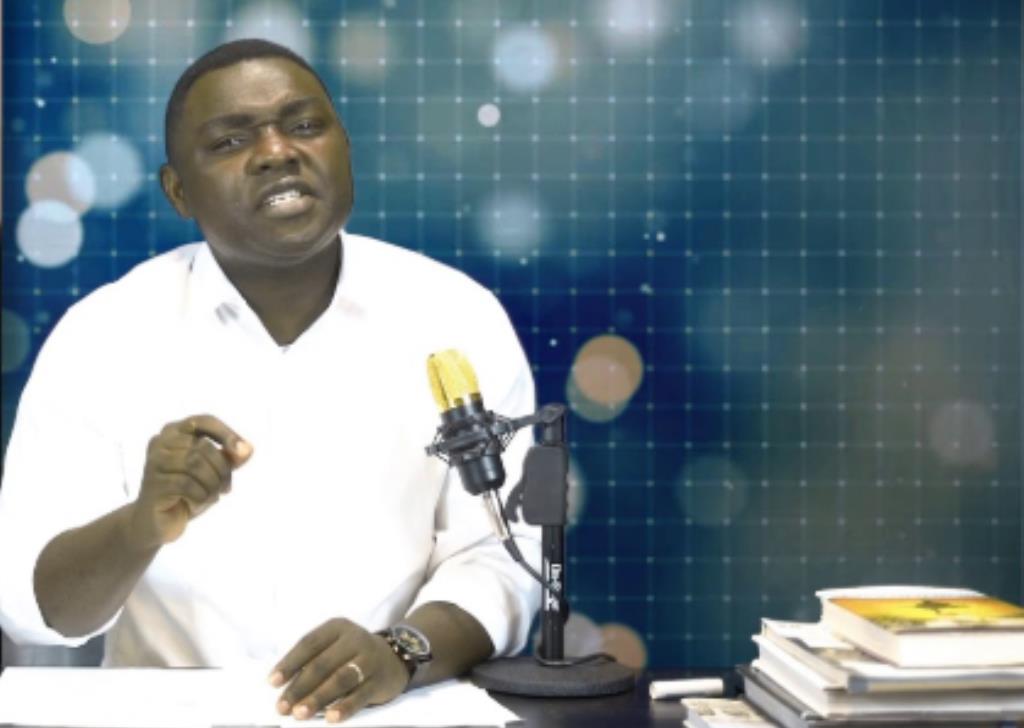 With Kevin Taylor there is no bottom!

Merely weeks after being hauled to court to answer defamation charges against Lawyer Ace Ankomah and the former EOCO Boss – KK Amoah, he has launched yet another diatribe and defamatory piece in his so-called Friday Editorial against the Akufo-Addo government and it’s appointees including my good self.

It reminds me of the one indisputable and remarkable fact about this reprobate: He doesn’t have a single redeeming quality.

I always laugh at Kevin Taylor’s absurdity every time I see his commentary. The chap is shockingly unfit for purpose and I am surprised his audience can’t see through his jokes.

First, who the hell is this INCORRIGIBLE arm-chair critic?

Concrete facts emanating reveal how, after it dawned on this jug head he could make no good of his grades begged to be a gofer in a down-town scavenging house. Clever as he is, he enrolled at a clown-training centre nearby and that apparently defines why he exhibited a ghastly sense of humour by labelling President Akufo-Addo a failed leader.

This scum is obviously detached from reality and perhaps explain why he is so oblivious of happenings around him even in the States. The modus operandi of this arm-critic is well known- contributing nothing positive but always at hand to throw jealous darts at successful people. But he got it wrong when he did it against Addo D. The firecrackers veered and crashed on his helpless head, leaving him punch-drunk.

We hear he even shamed his fellow sociopaths when he made President Akufo-Addo the butt of his hallucinatory squawks. They offered to lecture him on how Addo  D is turning things around after the mess Mahama left behind. Not satisfied after running from the burning deck, this imbecile and sleazy commentator with scant regard for substance threw one silly punch at the integrity of the entire NPP leadership.

This little toad being propped up by John Mahama is indulging in everything he can to rid our presidency of our president.

Yes, Kevin Taylor is in collusion with John Mahama and his media allies to destroy the Akufo-Addo government – they are living in an isolated political bubble. They think using such foul, nasty, vicious, mean, idiotic, vindictive and abusive and unsavory words on the president and his appointees will win them power. So this ingrate and his paymaster – John Mahama believes they can hide behind cyber space and say anything that enters his little pea brain and comes out of his mouth?

How in the hell name did this moron ever become a journalist yet alone move up the ladder? With a Journalist who lies as often as he breaths, isn’t it about time Kevin Taylor goes back to fraudulently selling “toilets” for the well-endowed folks in society?

Kevin Taylor is one of the poorest excuses for a human being that has ever existed. He’s a foul hypocrite devoid of any guiding values or principles. He appear to be part of a cult mined group of hateful, spiteful,underhanded corrupted, self serving greedy and certainly bigoted group of people who are not only a danger to themselves but to the rest of society.

Kevin Taylor, you are no journalist. Your kind of journalism sucks. Indeed, You are either totally clueless or you suffer from a really bad case of willful ignorance. What you are practicing can’t be journalism. It can best be described as mercenary journalism – smear, scorn, hate and outright lies published in the John Mahama supporting outlet can’t be journalism.

Your entire existence revolves around gossip, speculation and needless rants. You’re a flippant element and yet another hick in a truck waxing poetic about things he doesn’t understand.

I was actually going to give a proper response to you but peeked at your sory life beforehand and decided to call a snob of it.

Kevin, Knowledge is divine, and so, I advise you don’t turn a deaf ear to your crying books. Shamefully dust them up and delve into proper schooling even if your underdeveloped brains strain to assimilate, perhaps it could turn to be your saving grace.

And while you’re at it, direct your anger at the young men having a field day with your wife as a result of your inability to perform your conjugal duties.

Then again, I’m not sure when your downfall is going to happen, but it will be….EPIC.