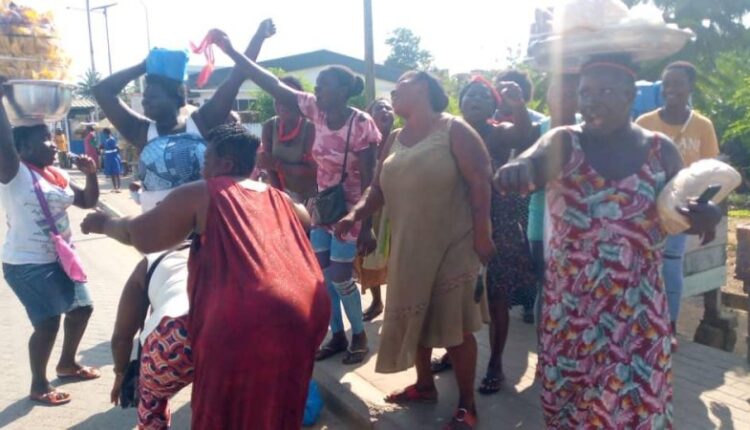 Hawkers at the Kasoa and Moree tollbooths in the Central Region are up in arms against the government for its decision to close the tollbooth, citing the lack of jobs and general hardship in the country.

Maame Esi, who sells assorted drinks, called on the government to rescind the decision or at least suspend it for a month.

“They should wait for us to sell what we have in stock. We voted for this government to come to power and this is how they pay us back,” she lamented.

At Moree, Sandra Ntsiful, a pure water seller said asked the Government how she was going to fend for her family without a job.

Irate customer service providers manning the booth, also expressed disappointment that they were not given prior notice while no alternative arrangements have been made to absorb them.

Mr Emmanuel Abaidoo, leader of the service providers express shock over the issue, stressing that they were in a fix because most of them were people living with disabilities who earn their living from that job.