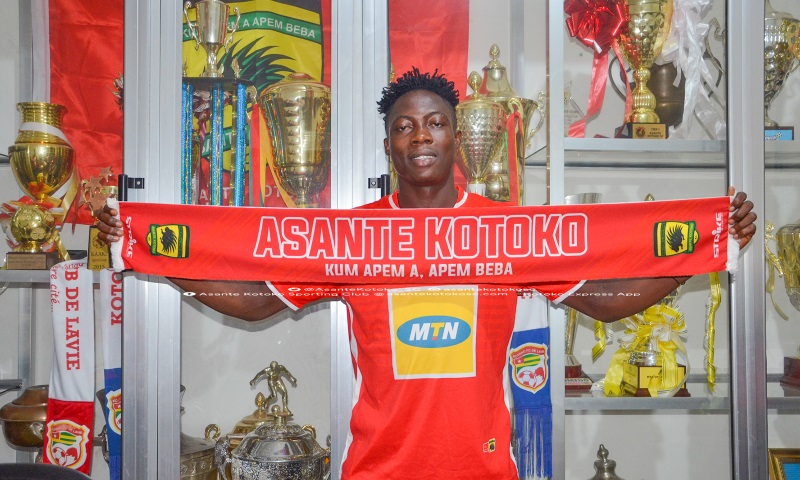 Blay enjoyed a stellar season with Medeama S.C and later Asante Kotoko where he was instrumental in the club’s winning of the Normalization Committee Special Tournament. He was also seminal in the club’s CAF Champions League and later, the Confederations Cup campaigns.

On the international level, Justice Blay helped the Black Stars B to a second place finish in the 2019 WAFU Tournament in Senegal.

The Kuntu Blankson Award recognizes excellence from each football season and has previously been won by George Owoo, Benard Morrisson, Emmanuel Ocran, Abeiku Ainooson and many others.

The award was presented to him by ace sports presenter Kuntu Blankson, during Skyy FC’s pre-season friendly with Asante Kotoko which ended in a stalemate at Daboase.