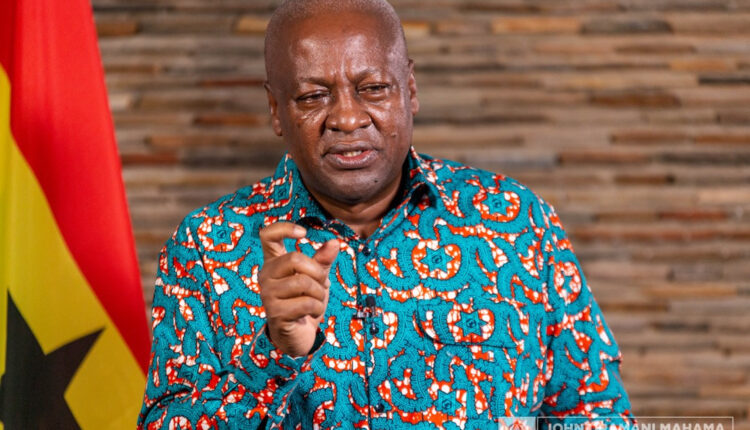 “He was a key influence on Ghana’s history for the two decades straddling the late 70s till year 2000.”

He said, “For the first time, the people of Ghana, comrades, supporters and sympathizers of the National Democratic Congress (NDC) will commemorate the June 4 Uprising without the inspirational and arresting physical presence of the Founder of our party, Flight Lieutenant Jerry John Rawlings (rtd.), our former President, who departed from us last year.”

He informed that the June 4 Uprising was an epochal event that represents a major landmark in our nation’s existence.

He noted that together with its sister event, the 31st December Revolution, the two shaped the course of Ghana’s history resulting in a turnaround in Ghana’s economic fortunes and the advent of the 4th Republic.

“Forty-two years on, our economy and democracy are in dire straits,” former President Mahama said.

“Economic hardship, insecurity, political and ethnic polarization, deepening inequality, politicization of our democratic institutions, corruption, serious problems in the education and health sectors are challenges Ghanaians are confronted with in our daily lives.”

He said this had led to a crisis of confidence in the political leadership, adding that Ghana was a country with exceptional human talent.

“Time is ticking fast and yet we can make things right if we work as one nation with a common destiny. As I have said in the past, broad consultations and consensus building do not take anything away from a leader,” former President Mahama said.

He said broad consultations that brought the best and brightest together with stakeholders could forge consensus around issues such as economic recovery strategy, or implementational challenges of Free SHS in the national interest.

He informed that the values June 4 espoused some four decades ago, remained as relevant today as ever before in our nation’s democratic journey.

“June 4 engendered hope in our people that the ills of our society would be rooted out and replaced with values of virtue and honesty,” he said.

“If we must get our people to hope again and to trust in our institutions and government, then we must encourage ‘fearless honesty’ as enjoined by our national anthem.

“We must embrace and be guided by truth, transparency, probity and accountability – principles that have been bequeathed unto us, which are the bedrock upon which our nation, undoubtedly, will become great, strong, resilient and prosperous.

“We must encourage freedom of thought and expression rather than a culture of hypocrisy and silence.”