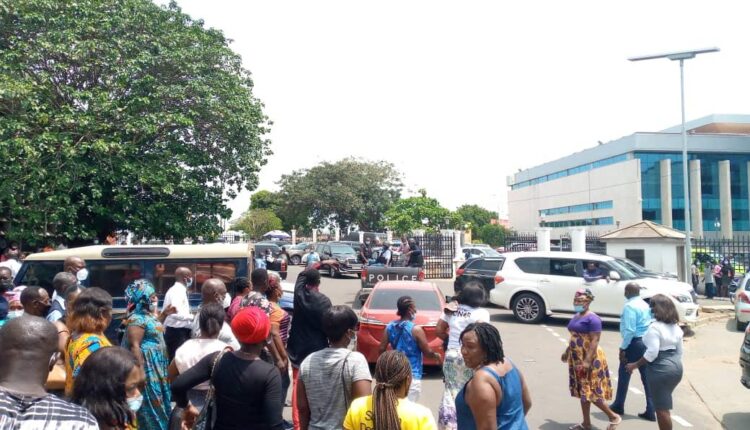 Mr Yaw Boadu-Ayeboafo, Chairman of the National Media Commission (NMC) has appealed to journalists and media practitioners to make formal complaints about attacks on them and be ready to testify to seek redress.

He said the NMC was a legitimate body to handle issues of attacks on journalists and appealed to them to cooperate to protect themselves.

Mr Boadu-Ayeboafo was speaking at a consultative meeting with journalists in Tamale on the Coordinated Mechanism on the Safety of Journalists.

The consultative meeting, organised by the NMC together with the Ministry of Information and the United Nations Educational, Scientific and Cultural Organisation (UNESCO), was to enlighten participants on the Coordinated Mechanism on the Safety of Journalists amongst other emerging issues on the safety of journalists.

In recent times, attacks on journalists have been on the rise in the country hence the development of the Coordinated Mechanism on the Safety of Journalists as a commitment on the parts of the state and partners to address such issues.

Mr Boadu-Ayeboafo expressed regret that some journalists and media practitioners, who suffered attacks, declined to make formal complaints or were unwilling to testify in such matters to help ensure justice for them, saying “There is little we can do if you do not report to us or willing to testify.”

He reiterated the NMC’s commitment to protecting journalists in the country because “If the journalist is not secure, we cannot get quality journalism” urging journalists to consider the long-term effects of attacks on their health and wellbeing and seek justice rather than settle such matters on the quiet.

Mr Abdourahamane Diallo, Head of Office and Representative of UNESCO in Ghana bemoaned the increasing cases of attacks on journalists in the country and called for a multi-sectoral approach to protect, prevent and prosecute the perpetrators of such attacks.

Mr Yakubu Abdul Majeed, Acting Northern Regional Chairman of the Ghana Journalists Association lauded the engagement and said the development of the Coordinated Mechanism on the Safety of Journalists was in the right direction to help protect journalists in line of work in the country.