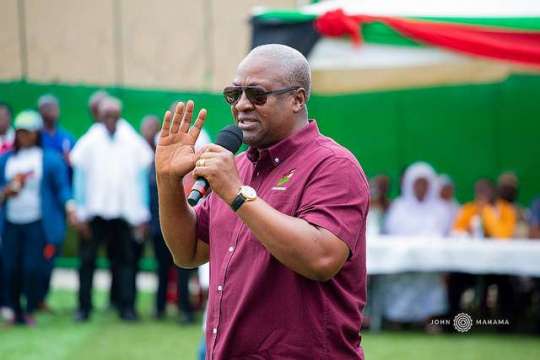 Former President John Dramani Mahama will embark on a Thank Your Tour in the Western Region from Thursday, October 14.

Highlighting the itinerary, he made it known the first entry for the former President will be Bogoso, in the Prestea Huni-Valley District which he will go further to grant an interview with a local based radio station.

Mr Mensah said, “He will meet some clergymen at a Pentecost Church for a brief meeting after the radio interview and move to Prestea to pay a courtesy call on the Chief and other traditional authorities in the Wassa enclave.”

“After his meeting with the traditional authorities, he will go further to meet some Muslim leaders before the main program.”

Also, he indicated the main program will be held at Prestea Park where the former President will meet party executives in the Western Region including the general public as the program will be opened to everybody.