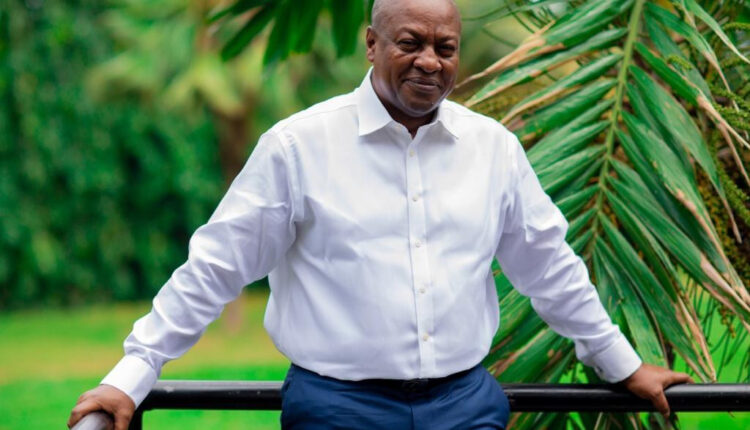 John Mahama is like an expired product, won’t win next elections for NDC – Lecturer

Professor Osei Kwarteng, a Political Science lecturer at the Universe of Cape Coast (UCC) says the 2020 flagbearer for the National Democratic Congress (NDC), John Mahama, is like an expired product that won’t be suitable for the 2024 elections.

Speaking to Skyy Power 93.5FM on Tuesday, April 19, even though NDC is likely to win the next elections looking at the history of elections in Ghana, that dream may be shattered if John Mahama continues to be the flag bearer of the party.

This comes after his opinion was asked on the Economic Intelligence Unit (EIU) report on Ghana’s elections which said although the party stands a chance of winning the polls, they are convinced its chances will be squandered if they present former President John Mahama as their flagbearer.

“The next parliamentary and presidential elections are due in 2024. Under the constitutionally mandated term limits, Mr Akufo-Addo cannot run for a third term. Mr Mahama is reportedly considering whether to run again, but we expect the NDC to seek to revitalise its prospects with a fresh candidate. After two terms of NPP government, we expect the NDC to win the 2024 presidential election and to gain a small majority in parliament,”

Prof Kwarteng said, “Favourite people who are likely to win the elections for the NDC would be Dr Kwabena Duffour, Joshua Alabi and Kojo Bonsu, who was the former Kumasi Metropolitan Chief Executive.”

“I will urge them to work hard and campaign massively to be the flag bearers of the party because we all saw what Mahama did in his tenure and he will do nothing new.”