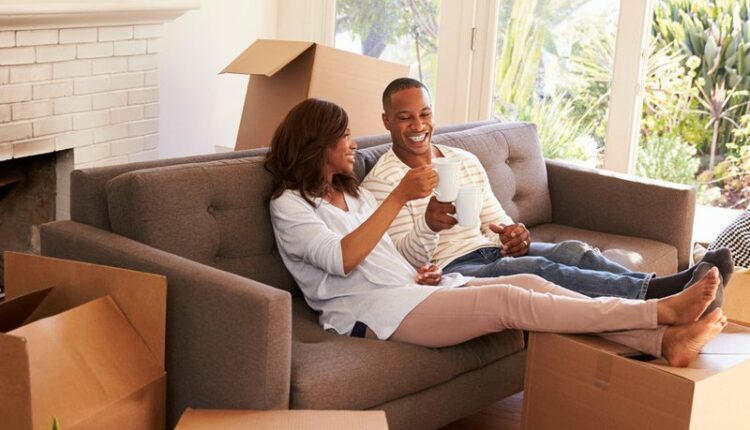 Is living together before marriage good or bad?

In the last several decades, many couples have wondered about whether or not living together before marriage is a wise thing to do. This isn’t something that people had to think about generations ago because it was very uncommon. However, today, it is becoming more and more common and accepted. But there are a lot of things to consider before you move in together.

Ideally, you have to have a long and honest conversation about why one or both of you want to live together without being married. Perhaps, one of you assumes that the other wants to get married, and they don’t. Or one has a certain timeline in order to get married, and the other doesn’t. Or one thinks this is just a serious relationship and hasn’t really thought about marriage.

Having this conversation is crucial because if you are not in sync with your intentions, this will cause problems down the road. However, for the purposes of this article, let’s assume that both of you know that the end goal is marriage—not just any kind of marriage but, hopefully, one that is full of love and is happy and healthy.

This could be one of the most popular reasons for living together before marriage. Think about it, most serious couples are practically living together anyway. They keep clothes and other personal items at one person’s residence, and they might be there more than they are at their own home. So, in that case, it would make sense to stop paying two different rents or mortgages, two different utility and cable bills, and so much more.

While this is definitely a pro of living together, you have to make sure that you are wise with the money. It is very tempting to spend the extra money you save and not even know where you spent it. A better idea would be to save the money from the other household and invest it in your future together.

2. It’s Less Stressful When You Finally Get Married

Living with anyone can be stressful. It doesn’t matter if it’s your own parents, siblings, or children, everyone has the ability to get on your nerves when you live in the same space 24/7. It’s just a fact of life.

But when you are dating or in a serious romantic relationship, you have had a much shorter time to get to know someone’s habits. When you are first dating, you don’t see—or overlook—some of your partner’s annoying habits. You might even think it’s cute. But as time goes on, what you thought was alright just gets on your nerves sometimes.

So, imagine if you had never lived together before you get married, and then when you move in together, you had a crisis going on in your head. You might think, “this person drives me crazy because they never do the dishes!”

If you live together before marriage, you will go into it with your eyes wide open, and there will be a lot fewer surprises.

3. You Become Closer and Build a Stronger Bond

Intimacy is a very important thing in any relationship but more especially in marriages. But when I say “intimacy,” I don’t just mean physical/sexual or emotional intimacy. There are actually other different kinds of intimacy that are just as important, such as intellectual, spiritual, experiential, and volitional.

Let’s talk about volitional intimacy. This kind is about the commitments that two people make with each other. For example, if you decide to buy a house, a car, or a dog together, that means you are making a commitment to each other (regardless of whether you are married or not). And moving in together represents that kind of intimacy.

When a couple has all of these types of intimacy in sync, that is when the relationship is strong. So, living together will help you “test” and see whether or not you can create and sustain these intimacies before you get married. And if so, it will strengthen your bond and make you more confident in getting married.

1. Other People May Not Approve

Everyone has an opinion about everything. And most people love to let you know what it is, whether you ask for it or not. With that said, it can be very difficult to do something without your family or friends’ approval. Many times, religion gets in the way of your loved ones. There are many that look down on people who live together before marriage.

For example, many Catholics don’t approve of it. So, perhaps one or both of you grew up in a family that went to church all the time and followed the teachings of the church very closely. If you decide to stray from the spiritual guidelines, then your family could get very angry.

If both people’s family and friends are against moving in, well, that’s bad. However, even if one of you has a family that is not approving but the other one is, that can still cause a problem. The partner whose family is fine with it may not understand why the other person’s family isn’t.

In extreme circumstances, this can cause people to lose relationships with their family and/or friends. So, it’s something to seriously consider before you decide to move in together.

2. Lack of Support Could Weaken Your Relationship

Living together with your partner is a big decision, whether you are getting married or not. Heck, living with anyone else other than yourself is not always easy. Sure, having a roommate can make you less lonely, but lots of challenges might come along with it too.

So, if you don’t have the support of your social system, it will probably impact your relationship—and not for the better. There may be stress and resentment that lurks in the air between the two of you. It may be spoken or unspoken, and it might not even have anything to do with the two of you specifically, but the outside forces can cause you to have conflict anyway.

Living with anyone can be a struggle sometimes in and of itself. If you’ve had roommates before, then you know what I’m talking about. So, without a good support system in place, you can put your relationship at risk because it could create new difficulties that you and your partner have not dealt with yet.

3. You Will Save Money, But It Could Weaken Your Bond

When you are single or simply live alone, you are in complete control of your finances. No one can tell you what you can or can’t spend your money on. But when you move in with your significant other, that can change.

Sure, you might still have separate bank accounts, but you will be sharing expenses. Decisions like how will the rent/mortgage be paid or who will pay for the groceries and utilities will need to be dealt with, and you may have very different opinions about how it should be done.

And then there’s the problem of outside and/or individual spending. Maybe one of you is a “spender” and one is a “saver.” The saver is going to be upset when the spender spends their money if they think it is irresponsible.

Does Living Together Before Marriage Helps With the Marriage Later On?

While most people want a definitive answer to this question, believe it or not, there is mixed research on the topic. Older studies from the 1960s, 70s, and 80s found that couples who live together before marriage are more likely to divorce.[1] However, living together wasn’t as socially acceptable as it is today. More recent studies don’t show quite the same statistics, although the differences aren’t overly startling.

Other studies suggest that the divorce rate of people who live together is not necessarily linked to the actual “living together” part of the equation. Findings show that there are many other contributing factors to divorce other than cohabitation.[2]

For example, the age of cohabitation matters. In general, the older you are, the more likely it is that your marriage will endure. Other factors include personality characteristics such as the ability to commit. In other words, perhaps the people who live together before marriage either do not value serious, legal, or religious commitment as much as those who don’t live together.

With all of this said, at the end of the day, there really isn’t a glaringly obvious answer to whether or not living together before marriage is beneficial or not. It really depends on the people as individuals and the unique couple as a whole.

At the end of the day, the choice of whether to move in together before marriage is ultimately between the two of you. As you can see, there is no clear right or wrong answer—it is just as unique of a decision as the couple itself.

So, whatever you decide, just make sure that you and your partner have important conversations about it, and you are both are very clear about the pros and the cons. Then, just do your best and trust that everything will work out how it’s supposed to.

Exercises for the best whole-body workout

4 habits that will help you and your business bounce…

4 secrets entrepreneurs should know to optimize their…