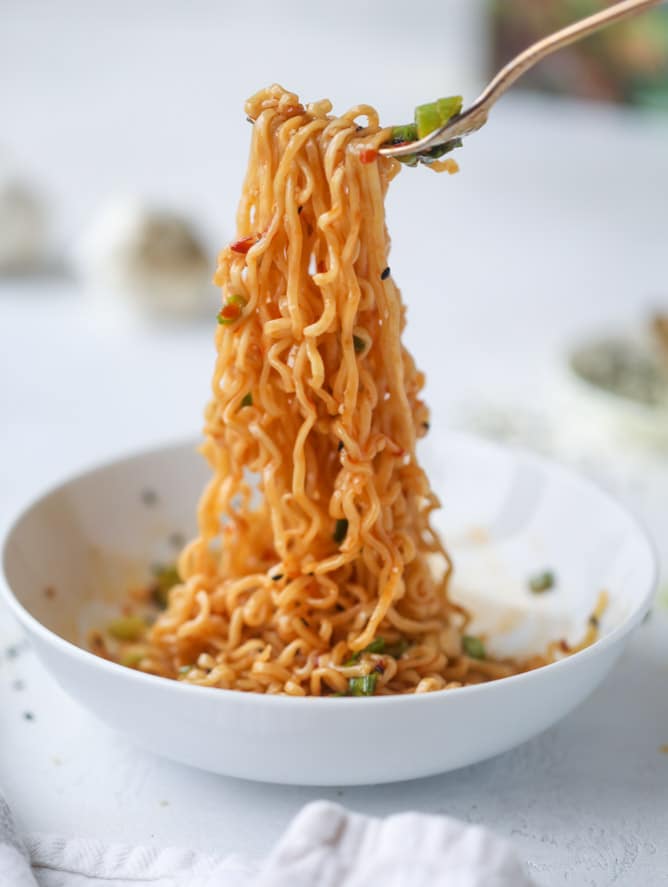 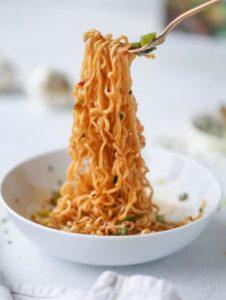 A study published in the Journal of Nutrition says a significant consumption of instant noodles may increase the risk for cardiometabolic syndrome—particularly in women.

The research, led by Hyun Joon Shin, MD, a clinical cardiology fellow at Baylor University Medical Center and nutrition epidemiology doctoral student at Harvard School of Public Health, raises new concerns for women who regularly indulge in instant noodles. Shin’s research found that eating instant noodles two or more times a week is associated with cardiometabolic syndrome, which increases the chance of developing heart disease, diabetes, and other conditions. It is also an added risk for stroke.

These findings were more prevalent in women, according to a Baylor Scott & White Health press release. Shin says this is likely due to the metabolic and hormonal differences between men and women, as well as obesity and metabolic syndrome components. The presence of the chemical bisphenol A (BPA) in the polystyrene foam containers in which the instant noodles are packaged is another potential risk for women, according to the study.

Studies have shown that exposure to BPA—which is also found in plastic bottles, aluminum soda cans, and on the linings of cash register receipts—can have a significantly negative impact on women’s reproductive health. BPA has been shown to interfere with enzymes essential in the production of estradiol—a sex hormone vital for normal reproductive development. One recent Harvard study found a connection between fewer fertile eggs in women who had higher levels of BPA in their urine.

“There are so many studies of BPA that it’s often difficult to weed out the real effects,” Tracey Woodruff, the director of the program on reproductive health and the environment at the University of California, San Francisco told The New York Times. “But on this question of ovarian toxicity, all the studies are starting to line up.”

Although a diet heavy in instant noodles seems to be particularly harmful for women, the negative health implications of these easy-to-make and easy-to-eat foods aren’t exclusive to them. Instant noodles have high levels of sodium and trans fats, both of which can raise cholesterol and blood pressure and lead to more serious, life-threatening conditions. People over 50-years-old and those who already have diabetes and/or elevated blood pressure are even more at risk.

This isn’t the first time instant noodles have been linked to serious health risks. In 2015, the FDA in India’s northern state of Uttar Pradesh ordered Maggi’s manufacturer, Nestlé, to recall a batch of noodles sold across the country due to dangerous levels of lead contamination. Food inspectors reported nearly seven times the legal limit in the two dozen packets of Maggi noodles they tested, according to Reuters. The Indian government sued the Swiss company for nearly $100 million, citing “unfair trade practices”.

“My issue with instant anything in packaged food is what it takes to make it easy to cook, including the flavors that are added to enhance a food that is stripped of any nutrition,” Stella Metsovas, BS, a clinical nutritionist and specialist in food science and human nutrition, said. “With instant noodles, you’re not only dealing with fiberless ‘noodles,’ you also have to contend with the seasonings that often contain high levels of sodium and many other artificial ingredients.”

Shin’s research also emphasizes the importance of a nutritious diet for all people, regardless of age and gender. Instant noodles are just an example of a food product that’s easy to prepare and eat in today’s fast-paced society. He says he recognizes the need for more research to convince people of the dire need to pay attention to what they put into their bodies.

Do men really hook up more than women? A study looked...

Emotional Intelligence: Why is It Pivotal to Good Leadership?

6 Reasons To Have Sex In Your 1st Trimester, If You’re...

The love bubble: ten mistakes to avoid in a new romance

do you want him to chase you? here’s how

Here’s What Happens to Your Body When You Hold in Your...