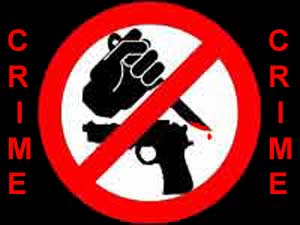 Following a series of unresolved kidnap, armed robbery and murder cases in the Kansaworado/Ntankorful area of the Sekondi-Takoradi Metropolis, residents say do not want Nigerians to live in the area as they believe their stay with them poses a threat to the security of locals.

Two weeks ago, sixteen year old Charity Boah was reported missing in the latest kidnap case in Ntankorful. Just last month, the four Takoradi girls – Priscilla Blessing Bentum, 21, Priscilla Mantebea Koranchie, 18; Ruth Love Quayson 18, and Ruth Abeka were confirmed dead by the police, after over a year of fruitless search despite having prime suspect, Samuel Odoetuk-Wills in their custody.

Residents say, this was not the only case involving a Nigerian, as there have been a number of unresolved murder, armed robbery and kidnap cases where Nigerians they previously considered as citizens, had turned out to be perpetrators of various crimes.

Some residents who spoke to Skyy News on anonymity gave their reasons.
”We have had enough of these Nigerians. We cannot live with them any longer. When they come here, we treat them as our own brothers. W rent our houses to them, we give them jobs to do and even businesses to run and they repay us by killing, robbing and kidnapping us?” Adwoa Amoah (not the real name) said.

”This cannot continue. We can’t live with criminals. See Odoetuk-Wills for example. He stayed with us, drank from the same beer bar with us, little did we know he would kidnap our daughters and go unpunished. No one knows how many of our children he kidnapped and what became of them” another explained.

Isaac Gyan (no this real name) also added that they cannot allow Nigerians to live among them because the Nigerians can no longer be trusted.

”It is simple and short. We don’t want criminals among us. We want all landlords to eject the Nigerians among us. We cannot trust them any longer. So the landlords must as a matter of urgency, eject them. If they don’t value our lives, we don’t have to entertain them” a third ended.