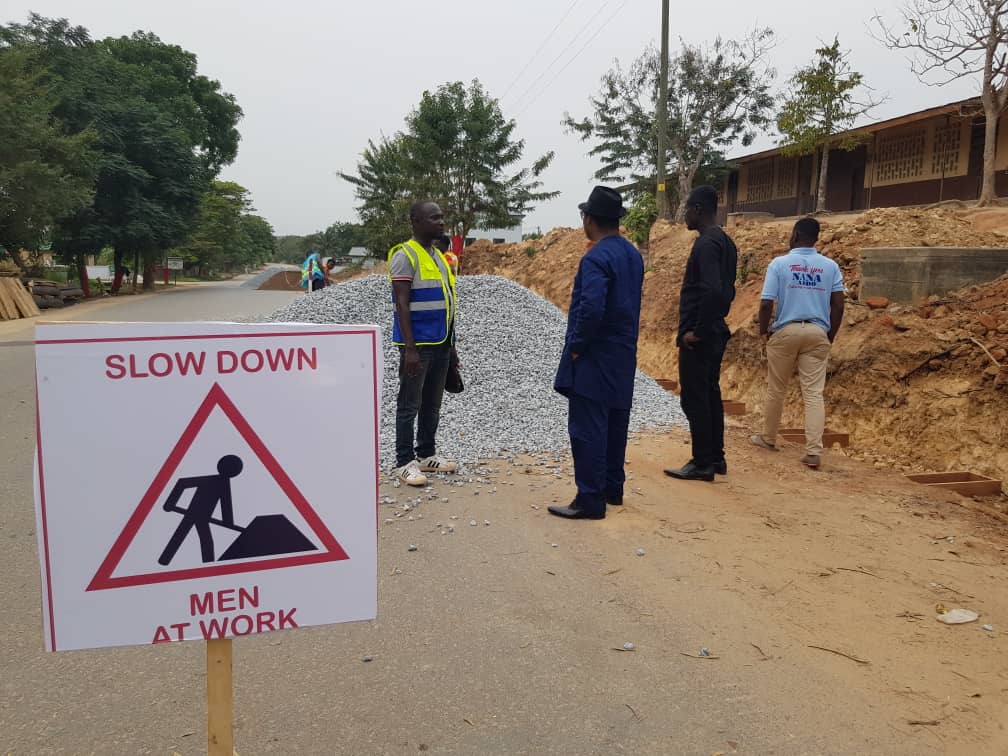 Inchaban Hills, Shama Junction-Shama roads to be completed by mid-2020

Government has awarded on contract, the construction of the Inchaban Hills and Upper Inchaban town roads, a project which is expected to be completed within five months.

Per the scope of the project, the roads will be bitumen surfaced, covering approximately, a length of ten kilometers of the Inchaban Hills road, and five kilometers in Inchaban township.
Additionally, the project will see to the construction of major drainage systems along these roads and other parts of the communities. The project is being executed by Messers SAMPREK Limited.
The Shama Junction- Shama road, which has a total length of five kilometers will also be bitumen surfaced. It has been awarded to Messers MYK Construction Limited.

Pursuant to the project execution, the Member of Parliament, Hon. (Dr) Ato Panford, the District Chief Executive for Shama, Hon. Joseph Amoah, representatives and engineers of the construction firms have begun engaging stakeholders to address issues that might arise from the project.
Hon. (Dr) Ato Panford in an exclusive interview with Skyy News hinted that other feeder roads within the district will be tackled this year.
“On the feeder roads too, we have two major roads that are coming on immediately- the Apemanim Junction to Abotarye town, and then Aboadze to Aboase; which passes over the storm drain being constructed at Obodo by the Ministry of Works and Housing” he noted.

He disclosed that the contractors working on the Inchaban and Shama roads have been tasked to expedite work on these projects.

“They are supposed to be finishing within a period of five months. And I believe that the contractors are going to step up their game, and then we should be able to finish before the rains come down” he added.

The Member of Parliament mentioned that a funding mix, including allocations from the ‘One Million Dollar Per Constituency’.

District Chief Executive for the area, Joseph Amoah who was impressed with considerations taken over the past years in ensuring that these projects come into fusion, charged the contractors to be conscious of rendering quality work.

He said; “I will like to advise the contractors that we need quality projects.

“We have situations where roads that have been constructed, deteriorates within some few months, or couple of years. We don’t want that in the district. And of course, I know that the President and for that matter the NPP will not tolerate that. So we trust that they will deliver quality job”hon. Amoah mentioned.

He took the opportunity to urge communities that might be affected in any way, to resort to dialogue in addressing their grievance.

He said; “Because we are beneficiaries of these projects, we should own it and give the contractors the needed suppor”