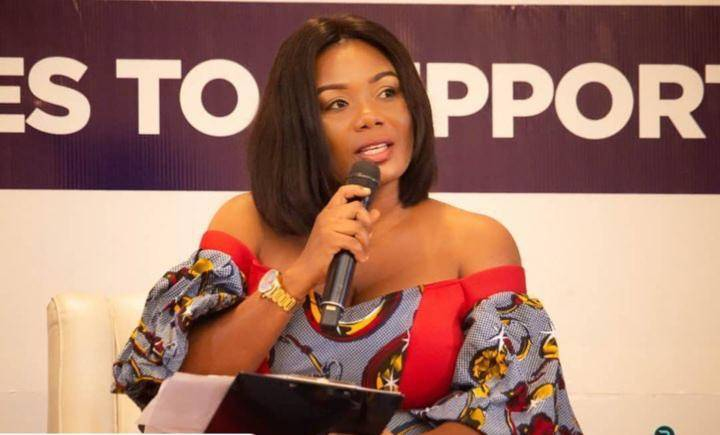 Bridget Otoo, a broadcast journalist and a former employee of TV3 has stated categorically that, if supporting LGBTQI will take her to hell, then she is ready to meet Satan.

LGBTQI has been the trending topic in Ghana since the past week due to the opening of their new office in Accra. This has caused division between the citizens as everyone has his or her own opinion about the issue.

Moreover, Bridget Otoo is not the only popular person who has voiced his opinion in support of the group, but other celebrities like, Wanlov Kubolor, Ama K. Abrebrese, Sister Derby and a few others have voiced their opinion in solidarity for the minority group.

Also, Ignatius Annor, formerly of Metro TV and now with Euro News came out as gay in an interview during the course of the week when the LGBTQ issue was a trending topic in Ghana and still is at this moment.

Bridget Otoo made this known on her twitter page as she tweeted, “I’m told the easiest and fastest way to make it to hell is by supporting #LGBTQI Sign me up, I want to meet Satan!” 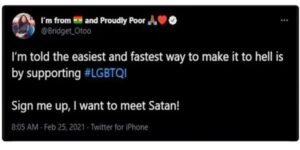