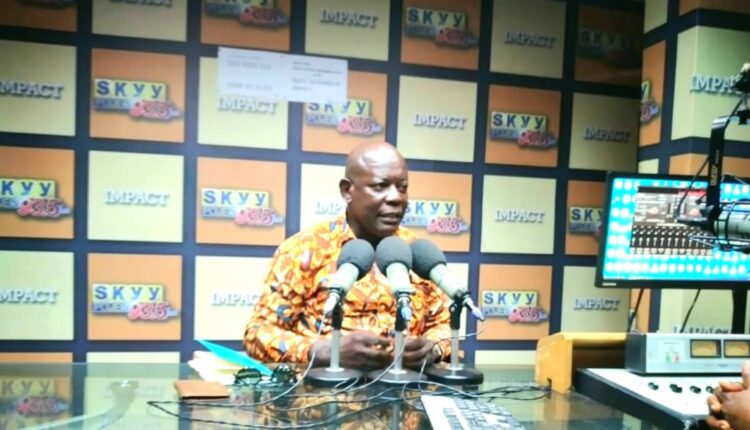 The New Patriotic Party (NPP) will conduct its regional elections from May 27 to May 29, 2022, as scheduled, Mr Evans Nimako, Director of Elections, has said.

The NPP between April 28 and May 2, organised elections at the constituency level to elect officers to lead the party for the next four years.

Mr Charles Cobbina, popularly known as Kempes is vying for the position of the Western Regional Secretary.

Speaking on Skyy Power FM’s Jolly Breakfast Show on Friday, May 13, 2022, Mr Cobbinah indicated he is the rightful candidate to be elected for the position and he is coming with a clean heart because he even prays for his competitors.

He further added that he is not a candidate for the Regional Minister, Mr Kwabena Okyere Darko-Mensah, and even if he is, it is not surprising because the minister will not select “rubbish” as a candidate to head such a position.

He said, “I’m not the favourite because I have been endorsed by the Regional Minister, I’m the favourite candidate because of my person, my calibre, my attitude, my presence and my attitude of excellence… the party people know me and the leaders will recommend me at any time.”

“Even if the Regional Minister is bringing a candidate, do you think he will bring “rubbish”, he is a fantastic man and he will not endorse you if you are not.. I am a 2 star general in the party and they know my worth and how I work.”

“I will not be endorsed if I was not the best,” he added.

Mr Cobbinah also indicated that he has a bigger connection worldwide than any of his competitors and he will use that to help the party when he is elected as the Regional Secretary.