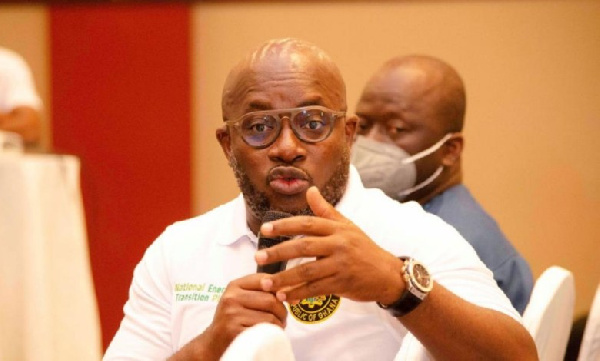 According to the member of parliament from the Sekondi constituency, he does not have the capabilities to address all of the issues present there.

Speaking on Takoradi-based Connect FM, Lawyer Andrew Agyapa Mercer said, “I have not been under any idea that, even if I spend a century in office, I will be able to tackle all the problems of Sekondi.”

He claims that some of the issues in the constituency are old, others are current, and some are still developing.

He said that because of the aforementioned factors, there are always issues that need to be resolved on a daily basis, and as a result, there is no way he will be able to address them all.

He said, “There are a lot of problems in this world that God himself created, and every day we go before him to ask for help in solving our problems, however, God can either decide to solve our problems on the spot or wait at his own convenience.”

“As a member of Parliament, I don’t have a problem with the high expectation from the people to solve their problems even though in law, it is the District Chief Executive who is responsible for such but as a developing country, people look up to you to do the needful because they have voted for you and believe you have to return the favour.”

“During elections, I look at the needs of the people and I make commitments that if I am voted into power, these are things I will work to ensure that it comes in so lives are improved.”

According to him, the MPs can only lobby for projects and ensure projects are executed because MPs don’t have an official fund for that, because in our local government system, it is the duty of the Municipal and District Assemblies to execute projects.

Mr Agyapa Mercer made this known after some assembly members in the Sekondi Constituency accused him of not fulfilling his campaign promises and also creating division in the constituency.