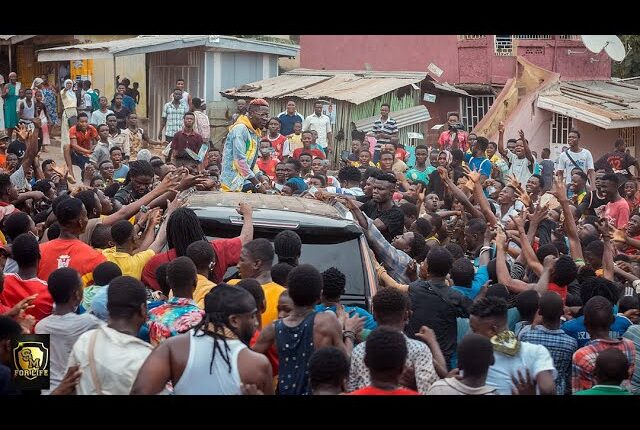 Ghanaian dancehall musician and one of the most controversial artists in Africa, Charles Nii Armah Mensah, popularly known as Shatta Wale for his stage name has acknowledged the role of God in his life but will not pay any tithe.

According to him, his success in music and his big fanbase “is God because the voice of the people is the voice of God”.

Shatta Wale speaking to the media says for him to take money to pay as a tithe or offering, he would rather spray it on his fans in the streets because that’s where his blessings come from.

He said, “People say a whole of things about me but what you think of me, others don’t see it that way … there is someone, somewhere who wants to supports Shatta Wale regardless so when I go somewhere, those spirits come together,”

“I have told myself that any day, the tithe that I will take to church, I will rather spray it on the streets,” he added.