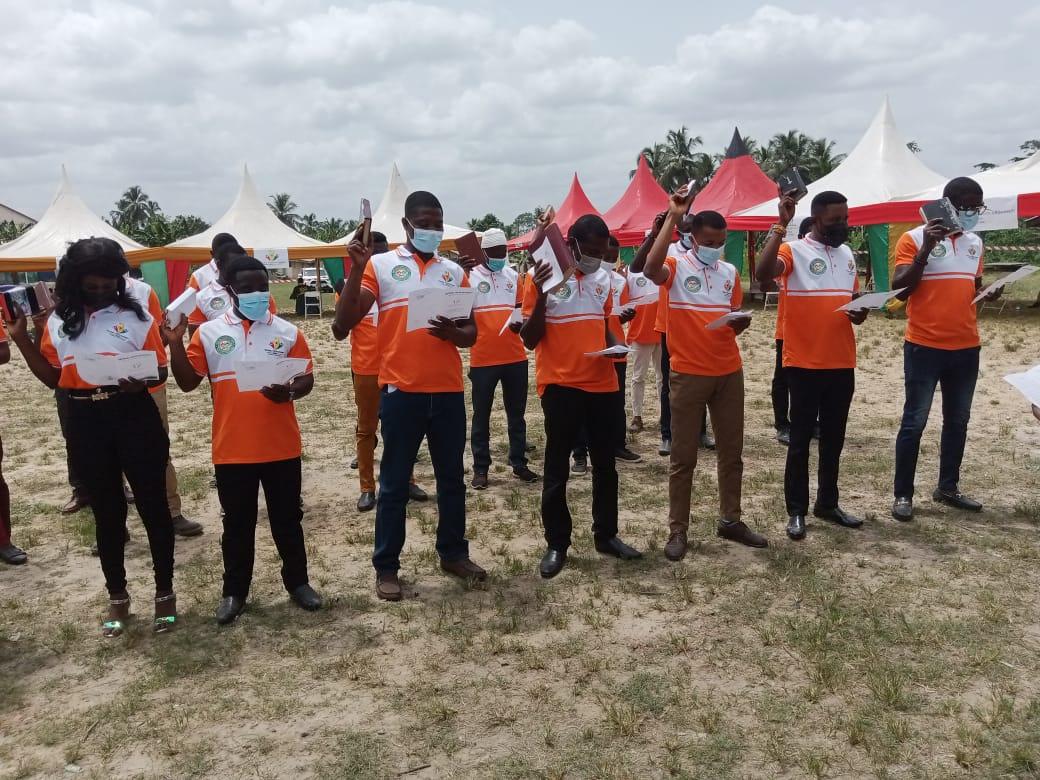 Iduapriem Mine inaugurates coalition of youth groups in host communities

Unity Youth Zone Network, a coalition of youth groups from host communities of AngloGold Ashanti Iduapriem Mine, has been inaugurated to promote co-existence between the mining company and youth groups.

The Network comprised 21 youth groups from the company’s host communities.

The formation of the group was spearheaded by the Mine and supported by the National Youth Authority (NYA) and the Youth Federation of Tarkwa-Nsuaem.

Giving a brief history of the group, the President, Reverend Frank Awuley, said prior to the formation of the association which started in 2007, various youth groups from host communities had different agenda towards the mining company.

He said “on one occasion l went to the mining company to fight for my community and while there another youth leader from a different community was also present to fight for his community as well”.

“It was there, that a Senior Officer in charge of Communication at the mine, Mr Paa Kwasi Ntsiful, advised that the various youth groups should come together to form one network in order to work towards a common goal,” he stated.

Mr Stephen Asante Yamoah, a Senior Mine Manager of AngloGold Ashanti Iduapriem Mine, congratulated the group for the luadable initiative.

He called on the members to remain united and cooperate to develop not only their respective communities but the country as a whole.

Mr Yamoah expressed appreciation to their host communities for aiding the company over the years, which contributed towards achieving the mining company of the year award the sixth edition of the Ghana Mining Industry award in 2020.

The Municipal Chief Executive (MCE) for Tarkwa-Nsuaem, Mr Benjamin Kessie, advised leadership of the group to stick to their objectives and not involve themselves in politics.

He added that the Mine cannot employ all people from host communities and called on the youth to embrace alternative programmes initiated by the Mine.

The Western Regional Director of the National Youth Authority (NYA), Mr Anthony Baah, urged the youth to pursue peace in their discourse with AngloGold Ashanti and other companies, because investors would only channel their funds into areas where peace prevails.

To help ensure the smooth running of the office of the Unity Youth Zone Network, the Mine had established an office for the group with two air-conditions, a desktop computer, furniture, two washrooms with a reservoir at Adiyie, one of the firm’s host community.