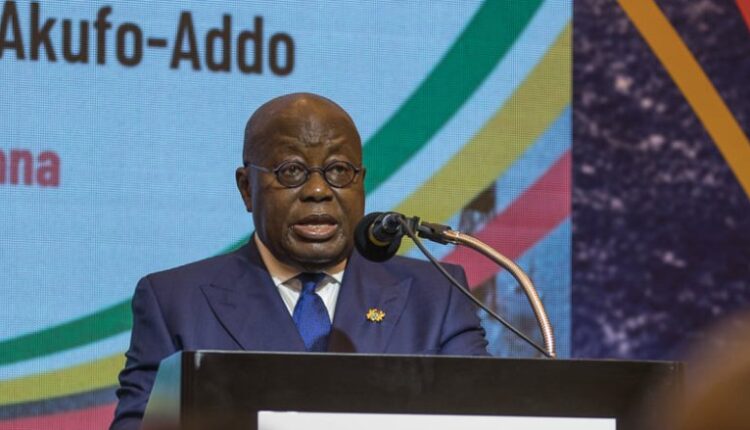 I will work to enhance Ghana’s decentralisation process — President

In a nationally televised address on Thursday to commemorate the 30th anniversary of the referendum that approved Ghana’s 1992 Constitution, he emphasized that the modification of Article 55(3) of the document, which bars political parties from involvement in district assembly elections, would improve the quality of local governance.

The President noted that one primary goal of the 1992 Constitution was to decentralize the structure of governance in Ghana, so that government would be brought closer to the people.

He pointed out that to enhance the country’s decentralization process, there was need to repeal Article 55 (3) of the constitution, which was a fundamental barrier to deepening participatory democracy at the local level.

President Akufo-Addo said though his government’s efforts to forge the active participation of political parties in district elections in 2019 through a referendum was truncated due to the lack of consensus by stakeholders, he would revisit the matter,
He assured that he would create the opportunity for stakeholders to dialogue to reach a consensus on the issue.

“It was and continues to be my view that the repeal or modification of an entrenched clause of the Constitution should attract widespread support to make it acceptable and healthy for the body politic.

“We should further bear in mind the strong attachment of the Ghanaian people to multi-party democratic elections. On the average, the turn out for national elections in the 4th Republic has been 72 percent, one of the highest in the world, whilst the turn out for the allegedly non-partisan local government elections has always hovered around 30 percent.

“I have said it before, and I will repeat it. I will continue to work for an extensive, national consensus on this issue, and should such a consensus be attained for the repeal of article 55(3) of the Constitution, and an agreement reached for political parties to participate in and sponsor candidates for election to district assemblies, at any point during my remaining tenure of office as President of the Republic, the matter will be brought back again to the front burner of our public discourse for the necessary action.

“I am hoping that, after completing the necessary consultations, I will, shortly, be in a position to announce a way forward on this important matter,” the President said.

President Akufo-Addo harped on his strong belief in the values and principles of the Constitution that emerged from the Referendum and called Ghanaians to also hold that belief vigorously.

“We should never forget, though, that the Constitution is a Living Document, and, so whenever circumstances require it, we should be prepared to make the necessary amendments to it to reflect the needs of contemporary and future times,” he said.

The 1992 Constitution, agreed on April 28, 1992 through an overwhelming approval by Ghanaians, paved the way for multi-party democracy after a decade of military rule, and ushered the country into the Fourth Republican dispensation.

It defined the political principles, establishing the structures, procedures, powers and duties of the government, legislature, judiciary, and spelt out the fundamental rights and duties of citizens.

It sought to decentralize the governance process and provided also for greater freedom of the press and human rights guarantees.