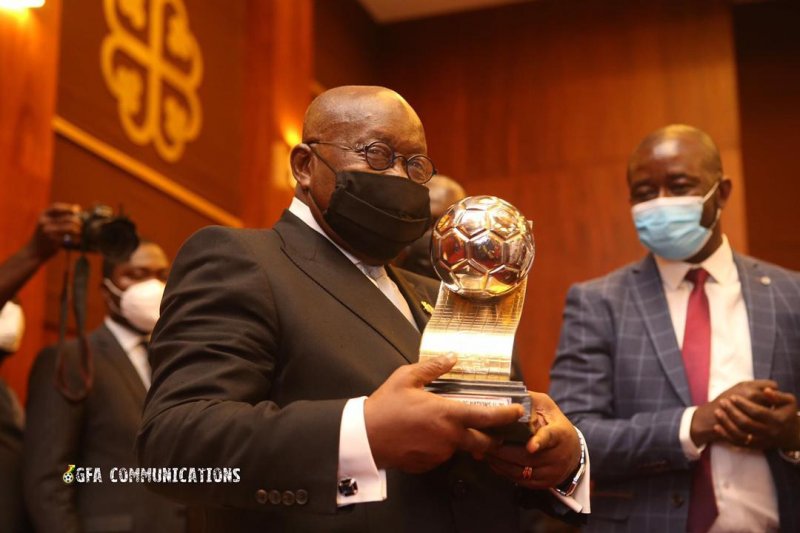 “I will give sports the maximum support” – President

“It is obvious what my responsibility is and that is to give sports in our country especially football the maximum support it deserves and I want to assure you that we are going to do our best to do that. 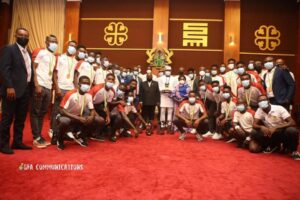 “Because without the support, it’s difficult to go forward in any endeavour of our life as we have seen how the support, we gave to you have played out,” President Akufo Addo added.
President Akufo Addo said this on Tuesday, March 9, 2021, when he met the victorious Black Satellites team at the Jubilee House in Accra.
“I would like to congratulate all of you for making the nation proud.
“First of all, the captain who led this exercise, Mr. Daniel Afriyie, Congratulations. I would also like to thank the rest of the team, best player Fatawu Ishahaku and best goalkeeper Danlad Ibrahim. You all deserve plaudits for this achievement.
“Football is teamwork so even though a few people are singled out, I want to state that you all deserve to be congratulated, well done,” the President stated.
He added, “To Coach Zito, you bear one of the big names in football. As a young man, I saw Zito play for Brazil. Zito was a colleague of Pele in the 1958 World Cup and you have that name as part of your names. No wonder you are doing what you are doing. We will be expecting more and more from you as the years go by”.
Ghana beat Uganda 2-0 in the final to win a record fourth African title on Saturday, March 6, 2021, at the Olympics stadium in Nouakchott, Mauritania.
SOURCE: GNA
HeadlinesNana Addo Dankwah Akufo AddoTop story